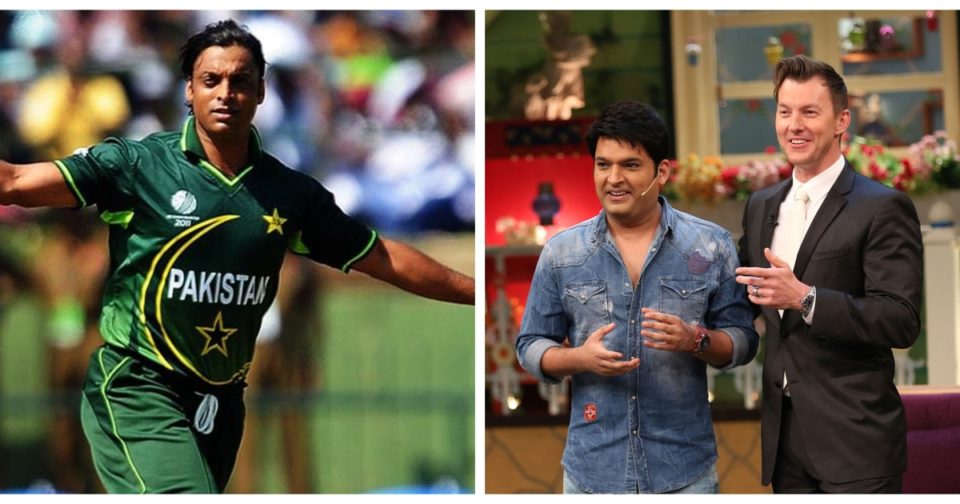 Former Pakistan speedster Shoaib Akhtar has given nightmares to many cricketers during his playing days. With his raw pace and bodyline attack, he wreaked havoc during his prime. Recently, former Australian fast bowler, Brett Lee recalled one funny incident during the chat when Akhtar scared him out.

Meanwhile, over the years, several cricketers from different countries have revealed stories of Shoaib Akhtar scaring the batters. Recently, Shoaib Akhtar shared a video of Brett Lee on his Twitter account where the latter is seen speaking about his experience of facing the Pakistan cricketer.

Lee, who is currently in Mumbai for the Select Dugout show for IPL 2020, enacted Akhtar’s face while he started his bowling run-up. Brett Lee further added Shoaib Akhtar acted like he wanted to kill the batsman. Akhtar ran in with his hair flying and delivered a very fast delivery. The ball ended up hitting Lee’s toes as he got late in putting the bat down.

Adding further, in a hilarious manner, Brett Lee revealed that he even requested the umpire to give him out as he was literally scared of Akhtar. However, the Australian umpire said it was not out and Brett Lee had to face Shoaib Akhtar again.

“Someone just sent me this combination of @BrettLee_58 narration and the actual footage of his story. Thought I’d share with you guys. Hahaha,” Shoaib Akhtar wrote on Twitter.

Someone just sent me this combination of @BrettLee_58 narration and the actual footage of his story. Thought I'd share with you guys. Hahaha#brettlee #ShoaibAkhtar #expressbowlers #Cricket #pakistan #australia pic.twitter.com/MVzpSelRJk

Meanwhile, Shoaib Akhtar is among the rich breed of fast bowlers that came out of Pakistan and ruled the cricketing world. He is the fastest bowler of all-time. The Rawalpindi Express clocked an unbelievable 161.3 km/h (100.2mph) back in 2003 which is the fastest bow in the history.

However, former Australian fast bowler Brett Lee also didn’t lag behind. He has the fastest delivery of 161.1km/h and was also among the fiercest pacers to play the game.