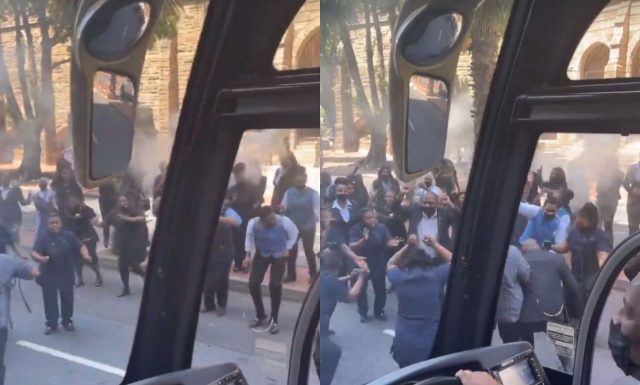 The Cape Town hotel staff gave India a heartwarming farewell as their left for their country after a 40-day stint in South Africa. Although the Asian Giants had a disastrous campaign in the Rainbow Nation, the hospitality has been praiseworthy.

India made a winning start to the tour, winning the first Test in Centurion. However, things turned lopsided ever since, losing all the remaining five matches which included two Tests and three ODIs.

While it has been a forgettable campaign on the field, India left South Africa on a good note thanks to the Cape Town hotel staff. All-rounder Deepak Chahar gave fans a glimpse of the dance by sharing a video on his Instagram story. He also thanked them with a note, which read:

“Thank you so much guys and South Africa for such wonderful memories.”

Rahul Dravid, who suffered a humiliating loss in his first ODI assignment as head coach, said that it has been a good eye-opener for them after a 0-3 defeat in the hands of the Proteas.

“This series has been a good eye-opener for us,” coach Rahul Dravid said of his first ODI assignment.

“We certainly could do better with the batting in the middle overs. It is an opportunity to reflect and learn. The team has not played a lot of one-day cricket since the last World Cup. We need to look to keep improving,” he added.

India’s next assignment will be against West Indies where they play three ODIs followed by the same number of T20Is.