Cricfit is one of the fastest-growing cricket websites in India. Launched in 2015 to reach out to all the like-minded people, Cricfit’s content includes daily updates from all the happenings in the sport from across the globe, features written by some of the best young minds in the country, and interviews of the cricketers from all cricketing nations. Our founder and CEO – Mikkhail Vaswani, who is a practising journalist and a sports broadcaster, took his passion to the next level by creating this platform to connect with all the lovers of the game.

We are a small team of passionate individuals who eat, drink, and sleep cricket. We wish to bring a different taste to what cricket lovers have witnessed in the last decade and bring a revolution in the field of journalism with a perfect blend of writing and graphic content.

A cricketer in his childhood days, Mikkhail Vaswani turned his passion into a profession. A renowned personality with over 10 years of experience in the Sports and Media Industry, Mikkhail decided to launch his own cricket website to connect with the growing audience. He also runs Cricfit Academy in Mumbai where he trains almost 100 kinds. A passionate lover, and a believer in hard work, Mikkhail Vaswani is the CEO & Founder of Cricfit. 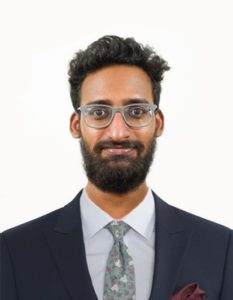 A commerce graduate by qualification, Ankush broke all the stereotypes of a middle-class family to follow his passion and make a living. A cricketer in his childhood days, Ankush took up cricket journalism to stay connected to his favourite sport. He is the backbone of all the content we put out on our website for the millions of cricket lovers across the globe.

“Just Push My Bicep Up A Bit, Put A Tape Around...