A cricketer in his childhood days, Mikkhail Vaswani turned his passion into profession. A renowned personality with over 10 years of experience in Sports and Media Industry, Mikkhail decided to launch his own Cricket Academy in Mumbai. A Mentor at Cricfit Academy, Mikkhail has shaped careers over the last 5 years. The academy nurtures close to 100 kids. A passionate Cricket lover, and a believer in hard work, his love for the sport led him to launch a cricket website to connect with the growing audience. Mikkhail Vaswani is the CEO & Founder of Cricfit. 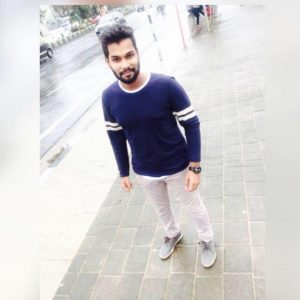 Rohan Sawant has been a Professional Coach for over 10 years. Having played for Mumbai at the Junior Level, Rohan has a lot of playing experience under his belt. Rohan has been with the Cricfit Academy for over 4 years. A sharp mind, Rohan is a good observer of a players technique. Rohan coaches the age group of 6-10 in the academy and has prepared quite a few little ones for the challenges ahead.