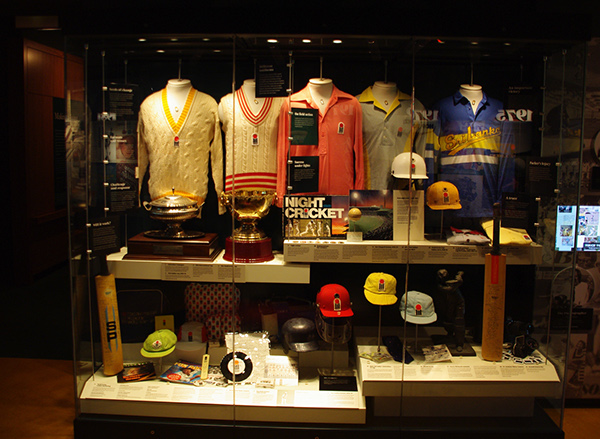 It sometimes gets tedious to spend a lazy Sunday afternoon at home. As an exhausting week of deskwork seems to reach a conclusion, you may want to devote your rare holiday to your family by spending some quality time with them. But, what if you are an ardent follower of cricket, whereas your wife prefers to explore historical places and your children want to see something new and spend their time on merriment by eating cotton candies and popcorns on the way? There is apparently no synchronization among the interests.

We have made an effort to provide you with a one-stop solution if you are confronted with a similar situation. Here’s presenting the names of 5 cricket museums that may capture your imagination and be able to give you a gala time. Whether residents of the following cities or not, you can visit the places when you tour the respective countries.

Here is the list of 5 Cricket Museums every cricket lover will love to know about:

The first of its kind museum in India, Blades of Glory was established by Rohan Pate in 2012. As the name suggests, it comprises signed bats of numerous cricketing celebrities. The museum boasts of several startling collections ranging from autographed bats of all World Cup Winning Captains to bats signed by triple centurions in Test Cricket (such as Lara, Sehwag, Jaysurya, Amla, and Sangakkara). Not just individual players but international teams too have been associated with this state-of-the-art museum in some way or the other.

3 World T20 Champion Teams- India (2007), Pakistan (2009) and England (2010) have signed bats which are displayed at the gallery. Malcolm Marshall’s West Indies Cap, cricket gear signed by former greats like Desmond Haynes, Muttiah Muralitharan, Mark Waugh and Allan Border also feature in the catalogue of this vast museum. The latest addition to its inventory is the World Cup 2015 collection.

Read More: 5 Times When Virat Kohli Got Angry On The Cricket Field

And, if you want to see the cherry on the top, you need to visit the Legend’s Room which displays autographed cricketing gear of Sachin Tendulkar, Rahul Dravid, Jacques Kallis, Sir Vivian Richards and Ricky Ponting. There’s also a Golden Century frame that includes a golden bat- no ordinary bat by any means as it was signed by a certain New South Welshman, known to the world as Sir Donald Bradman.

All these have been made possible because of Rohan’s constant endeavour which has seen him travel numerous places across the globe in search of captivating cricketing collections that may add to his museum’s impressive repertoire. Rohan, who sees himself as a globetrotter, has been to several places. He collected 47 autographs in Australia during India’s tour down under in 2012. A journey which began from collecting signed bats from players during IPL 4 has today reached a point where this museum is being looked upon as the largest cricket museum in the world- all thanks to Rohan and his laudable idea.

Read More: 5 Famous Cricketers Who Scored A Century On Their Birthday