Mohammad Siraj has been on the rise in Indian Cricket. Ever since making his first-class debut on 15 November 2015, Siraj hasn’t looked back. During the 2016–17 Ranji Trophy tournament, he was the highest wicket-taker for Hyderabad with 41 wickets at an average of 18.92.

Consequently, he was noticed in the Indian Premier League (IPL) and has now made giant strides towards playing for India in all the formats. Although Siraj’s career has been blossoming, it wasn’t all rosy in the beginning. He had to overcome a lot of personal issues to eventually play for RCB in the IPL and it won’t be too long before he becomes India’s best bowler alongside Jasprit Bumrah.

Here we look at a few facts about Mohammad Siraj:

Siraj started playing tennis ball cricket as he did not have the privilege of being coached by professionals at a young age. Hence, as revealed by Siraj himself, he is a self-taught bowler. After he showed his natural skills, his friends suggested him to take up cricket as a profession. 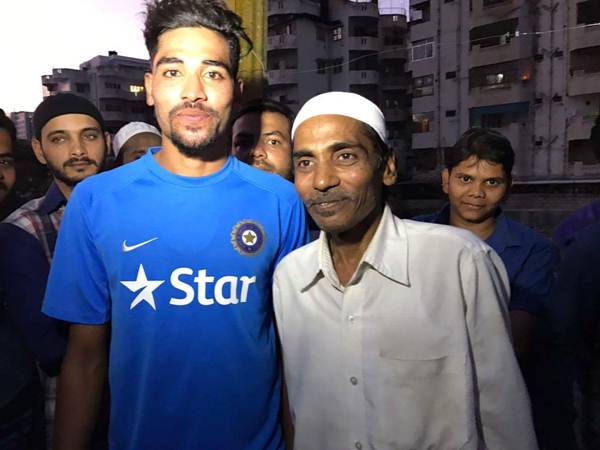 2) Started off as a batsman

Siraj entered the cricketing field as a batsman. He joined the Charminar Cricket Club as a batsman but later developed into a fast bowler.

3) First income as a cricketer

Siraj’s first income as a cricketer was INR 500. He had played a club match under the captaincy of his uncle. He bagged 9 wickets in the 25-over fixture. Impressed with his performance, his uncle rewarded him with INR 500.

Siraj made his first-class debut on 15 November 2015, while playing for Hyderabad in the 2015-16 Ranji Trophy. He later made his T20 debut in January 2016 when he participated in the 2015–16 Syed Mushtaq Ali Trophy tournament.

Although Siraj made his debut in the 2015-16 Ranji season, he only managed to play a single game in the whole tournament and it was against Services. Unfortunately for him, he failed to make the most of the opportunity and ended up warming the bench for the rest of the tournament. However, his rise began in the Vijay Hazare trophy that followed which then elevated him to Hyderabad’s U-23 team.

6) Elder brother is an IT professional

Siraj’s elder brother is an IT engineer. In his childhood, Siraj was not interested in studying and as a result, his mother would chide him every now and then. His brother, on the other hand, excelled at academics. However, after his success in the cricketing world, his mother is very proud of all the achievements he has earned.

After a few fantastic performances at the domestic level that included a wicket tally of 41 in the 2016 Ranji season, Siraj grabbed eyeballs in the IPL auction and was bought by Sunrisers Hyderabad (SRH) for a whopping 2.6cr. Although he wasn’t able to play a lot of matches, he picked up 10 wickets in the six games that he played and impressed the cricketing fraternity.

Following a spate of injuries, the Indian team was forced to look for alternatives in the squad. As a result, Siraj made his test debut against Australia on December 26, 2020. He played through the rest of the matches and even ended up grabbing a five-wicket haul in the final test at Gabba.