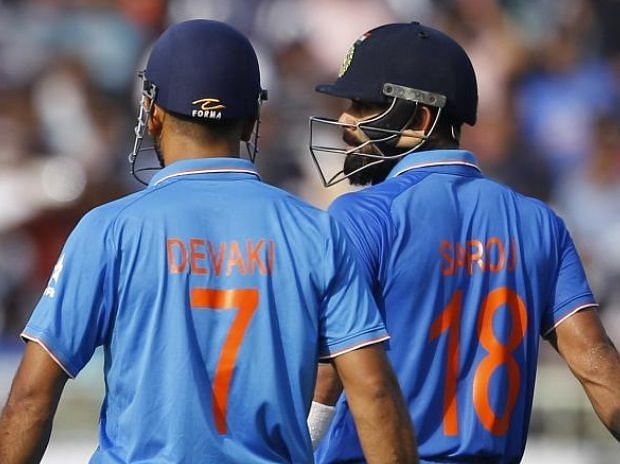 Former India captain MS Dhoni is followed by a large number of fans around the world. Coming from a humble background, Dhoni has made his name at his will. ‘Thala’, as his fans call him, is admired by the cricketers and fans for his cool composure, mastermind as a captain. He is the man who dictates the bowlers from behind the stumps. His analytical skill has won him many games.

MS Dhoni houses all the International Cricket Council (ICC) trophies in his closet. Dhoni announced retirement from international cricket on August 15, 2020. Now, he is associated with the Chennai Super Kings. He is captaining the team since 2008.

Dhoni is very compassionate towards his country, Army, and family. On Mother’s Day, a five-year-old video is doing rounds on the internet where Dhoni equates a mother’s duty to that of an army officer’s. The Ranchi-born cricket is seen flaunting his mother’s name on his jersey.

“It was always how emotionally I was connected to my mom. The mother’s contribution is something which we don’t appreciate it that often,” told the former captain. “Getting up each morning and thanking them,” he added.

On October 29, 2016, India and New Zealand were playing their final match of the One Day International series in Vizag. The series was tied at 2-2, and it was the decider. In that match, the Indian cricketers sported their mothers’ names on the jerseys. It was the first time in sports history that such an occasion was marked.

MS Dhoni now only plays for Chennai Super Kings in the Indian Premier League (IPL). In the now-postponed IPL 2021, Dhoni and his men enjoyed a desirable first half of the tournament. Last year, in the United Arab Emirates, his Yellow Army could not make it to the playoffs. However, in 2021, the team had their desired start and won five out of seven games. However, due to the COVID-19 outbreak inside the IPL bio-bubbles, BCCI had to suspend the league.