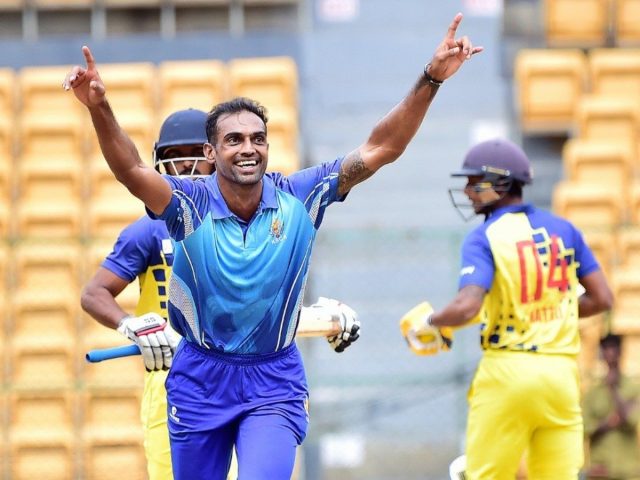 Abhimanyu Mithun has announced his retirement from first-class cricket. He made his international debut in 2020 but managed to play only 4 test matches and 5 ODI matches. The pacer played 12 seasons of first-class cricket and now has decided to retire.

In a heartfelt note, he wrote that he was taking this decision so that he can focus on other things and thanked everyone who helped him throughout his wonderful career. He also thanked all the IPL franchises he played for and said that he really enjoyed representing his country at the highest level.

“I have represented my country at the highest level and will always be my highest achievement,” he said in a statement. “The joy and the pride from it is something I’ll cherish throughout my career.

“Cricket is a universal game and I believe in finishing at the highest level. So I had to take this decision and seek better opportunities for myself and my family around the world. I am also clear that Karnataka has abundant fast bowling of talent and they would miss out opportunities at the right time if I prolong my career.” Abhimanyu Mithun added.

Thank you for all your love and support through my highs and lows 🙏🏻 pic.twitter.com/VDovQQ6UfC

“We at KSCA respect his decision and would like to place on record his invaluable contribution to the State of Karnataka and the country. His exploits on the field will be etched in the annals of Karnataka’s cricketing history.”

“We wish him the very best in his future endeavours, and are indeed hopeful that he will continue to contribute to Karnataka cricket in various other capacities post his retirement,” the KSCA stated.

Abhimanyu Mithun made his Test debut against Sri Lanka in Galle five months after his ODI debut against South Africa. He also featured in 16 IPL matches, for Royal Challengers Bangalore, Mumbai Indians and Sunrisers Hyderabad to end with seven wickets.