Left-arm spinner Ajaz Patel has been left out of the New Zealand Test squad that has been announced for the series at home against Bangladesh. Regular skipper Kane Williamson has been ruled out of the series with persistent injury and Tom Latham will continue to lead the side. Williamson also missed the Mumbai Test against India, the same Test in which Ajaz Patel created a new record.

The hosts will play a two-Test match series against the Tigers with the first test to be played from January 1 in Mount Maunganui while the second at Christchurch from January 9.

With regular captain Kane Williamson ruled out with an elbow injury, @Tomlatham2 will lead the side for an entire Test series for the first time, having stepped in to fill the role on four previous occasions. More Info | https://t.co/2msYWNKPBU #NZvBAN pic.twitter.com/j6ZsYzsJkq

Trent Boult who missed the India Test series comes back into the series along with Matt Henry. Meanwhile, Devon Conway, Rachin Ravindra and Daryl Mitchell have all retained their spots from the India series to this one.

“It’s great to be back home and at venues we know well, and where we’ve had success in recent times. It’s obviously disappointing not to have Kane available for this series but, as we noted in India, he is undergoing a sustained period of rest followed by rehabilitation, strengthening and gradual batting loading” said head coach Gary Stead.

Regarding the omission of Ajaz Patel, Stead said that the team has been picked as a horses for courses situation. 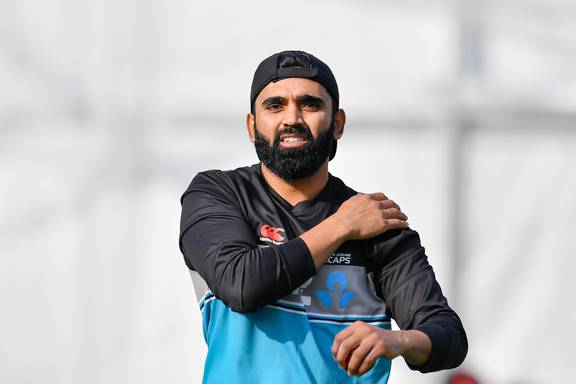 “You do feel for Ajaz after his record-breaking display in India. However, we’ve always applied a horses-for-courses selection policy and believe the players selected best fit the way we want to take on Bangladesh here at home. We feel having both Rachin and Daryl in the squad gives us a nice balance and the ability to pick a side best suited to the conditions we expect” the Kiwi coach further added.