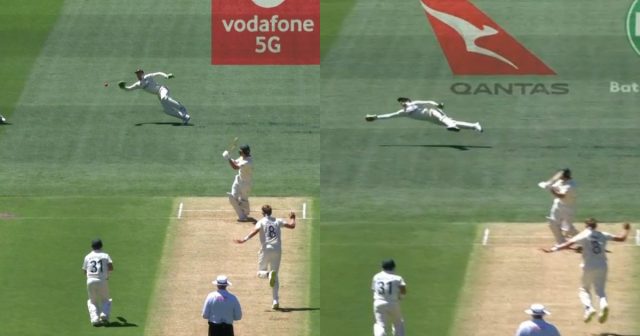 England made a dream start to the second Ashes 202-21 Test in Adelaide. They lost the toss but dismissed opener, Marcus Harris, early in the piece. The Australian openers made a relatively slow start with them playing the England bowlers cautiously. England opened the bowling with James Anderson and Stuart Broad bowling in tight lines and making the batsmen play.

It was Broad who finally made the breakthrough for England after setting him up. He bowled a few fuller deliveries to the left-hander and then slipped in the short delivery aimed at his body which caught him by surprise. Harris failed to play it properly and edged it to Buttler behind the stumps who took a diving catch to his right.

Isha Guha who was commentating on that dismissal said that Jos Buttler flew like Superman to complete the catch.

Australia, meanwhile are led by Steve Smith in this Test match, with regular skipper Pat Cummins ruled out after he came in close contact with a COVID positive case. 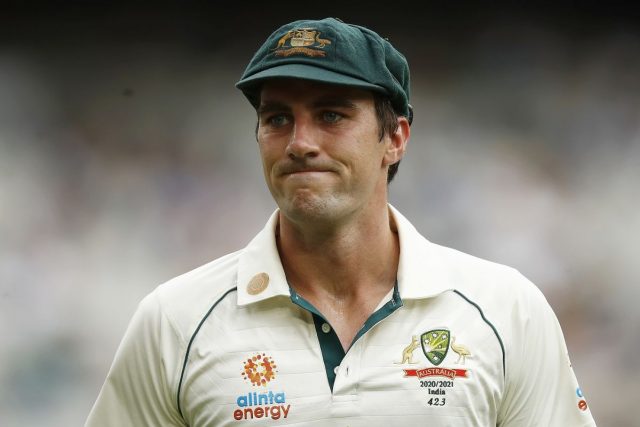 “Cummins was dining in a restaurant last night and did not breach any biosecurity protocols. He isolated as soon as he became aware of the situation and has since had a PCR test, which produced a negative result. We anticipate that he will be available to play in the third Vodafone men’s Ashes Test at the MCG in Melbourne,” a release from Cricket Australia stated.

CONFIRMED: Pat Cummins has been ruled out of the Adelaide Test.

“Cummins is understandably very disappointed not to be able to captain Australia for the day-night Test in Adelaide. Mitchell Starc and Nathan Lyon were dining at the same restaurant as Cummins but at a separate table outdoors. SA Health has deemed them casual contacts and they are free to play,” the release added.