Former England skipper Kevin Pietersen is unhappy with how the England batters have played against Australian spinner Nathan Lyon so far in the Test series. They were bowled out for 236 in the first innings at Adelaide as Lyon cleaned up the tail. Australia are batting again with the lead over 150 runs at the moment.

“Can SOMEONE please smack Lyon?!?!! FFS! Off spinner with zero variations and bowling on world crickets flattest road!!!! #Ashes,” tweeted Pietersen while targeting Lyon with his tweet.

Can SOMEONE please smack Lyon?!?!! FFS!
Off spinner with zero variations and bowling on world crickets flattest road!!!! #Ashes

Meanwhile, former Australian spinner Shane Warne had a different opinion to that of KP. England have decided to go with an all-pace attack dropping Jack Leach from their playing XI. Australia, meanwhile, included Lyon in their playing XI and have been duly rewarded. 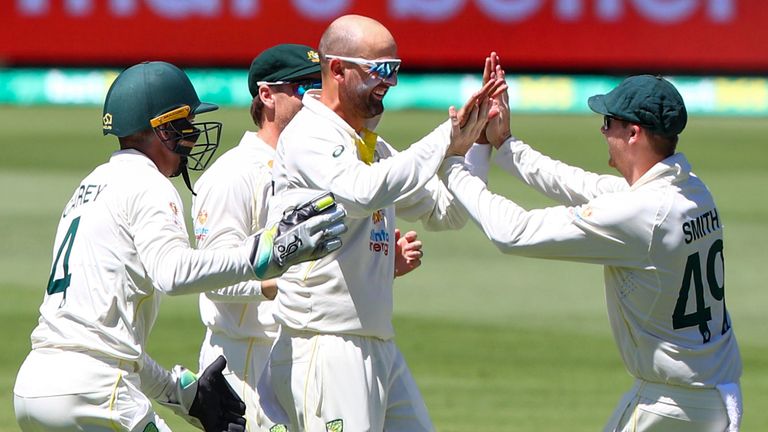 “I thought all the Australian bowlers were outstanding, but I thought Nathan Lyon even though he only took the one wicket I thought he created a lot of pressure at one end. He allowed the quicks to rotate at the other end and that is what England lacked. That was a standout. No spinner. Nathan Lyon has done a great job,” said the legendary tweaker.

“It’s hard to sum up how important Nathan Lyon’s role is and that’s what England are really missing. He’s so consistent in holding up an end for Australia that while the bowlers have spent a lot of time in the field, he gives them a chance for a prolonged rest, so that their legs are fresher for their second and third spells,” said Finn on BBC Test Match Special praising Lyon’s longevity in international cricket.