Team India, who suffered a humiliating eight-wicket loss in the first Test will look to bounce back in the second encounter when they face Australia at the Melbourne Cricket Ground starting from December 26 (Saturday). The visitors, who will miss their regular skipper Virat Kohli, is likely to make an array of changes as they look to level terms in the series.

India’s batting was a complete mess during the second innings as they registered their lowest-ever total in history -36, beating their previous lowest of 42 runs against England in 1974. The likes of Cheteshwar Pujara and Mayank Agarwal surrendered against the swing of Josh Hazlewood and Pat Cummins in the morning session of day 3.

While it has left a dent on the confidence of the Indian cricketers, it will be an uphill task for them to regroup and come all guns blazing against the No.1 Test side in the world. In doing so, they are likely to make a couple of changes to their playing XI to revive their form.

Here is the predicted playing XI of Team India for the Boxing Day Test at the Melbourne Cricket Ground:

Although he failed to get a big knock, Mayank Agarwal looked confident facing the world-class Australian fast bowlers. He was timing the ball and a big knock is on the way. He has been one of the formidable run-scorers for India in 2019 and the management will want him to step up when the chips are down

Mayank, who made his debut in Australia when India toured last time in 2018-19, will look to give his side a bright start as the visitors look to bounce back in the series. 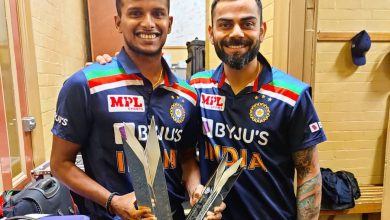