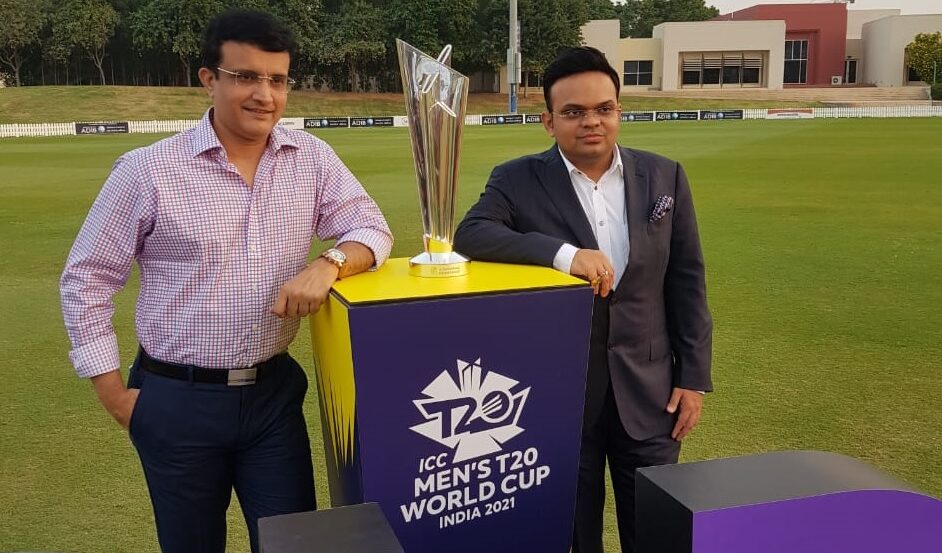 Amidst the current talks regarding the venues for hosting the ICC T20 World Cup, Sri Lanka has emerged as a new contender. It has been understood that BCCI has been in talks with the Sri Lanka Cricket Board to host the tournament as the country possesses a lot more cricket stadiums than UAE.

The sources in the know of developments stated that a lot of matches would be played in UAE before the commencement of the T20 World Cup 2021, which might result in tired pitches. Keeping that in mind, BCCI is currently in talks with the SLC officials to conduct the perennial tournament.

Earlier, BCCI President Sourav Ganguly and secretary Jay Shah also had a meeting with Oman officials to host a couple of matches in Muscat if the tournament is shifted to the UAE.

“See, there is no denying the fact that BCCI and ECB officials have been having discussions on taking the showpiece event to UAE with an eye on the COVID-19 situation in India. But, what also needs to be kept in mind here is that hosting the IPL would mean quite a few games, not to forget other tournaments or matches that might be held in some of the venues and tired wickets by the time of the World Cup.”

“Keeping the playing conditions in mind, there have been some talks with SLC officials and just basic discussions, to be honest. Too early to get into the details, but we still have some time before we need to get back to the ICC to inform them on the situation as they will continue to have the hosting rights even if it is played outside India,” the source explained.

The T20 World Cup 2021 was scheduled to be held in India. However, owing to a surge in the cases of Covid-19 and the fear of India’s third wave expected at the time of the event, the tournament might get shifted to UAE or some other nation. The BCCI are yet to take the final decision on the matter.

The International Cricket Council has given the board a deadline of 28th June to take a final call on hosting the event.

“Yes, the ICC board has agreed to BCCI’s request and they will have time till June 28 to decide on hosting the T20 World Cup in India. They will come back to the board next month with a concrete plan,” an ICC source was quoted as saying by PTI.