Indian bowling coach Bharat Arun landed with the members of the Indian team in the country on Thursday. Soon after he addressed a press conference speaking about various things after India’s historic series win against Australia. From speaking about the role of every player to revealing the reason behind Kuldeep Yadav’s exclusion from the side Arun touched on everything.

Bharat Arun recalled how Ravi Shastri had urged him to hatch a plan for Australian to eliminate their offside in the Test series. The Indian bowlers stuck to the plan of attacking the stumps of the hosts’ batsmen throughout the Test series and reaped rich rewards. The likes of Steve Smith, Marnus Labuschagne, and others are strong on the offside which prompted Shastri and Arun to set up a leg-side trap for the Australians.

Also Read: Mahindra Owner To Give SUV’s To Six Indian Cricketers After Their Heroics In Australia

We Needed To Take The Off Side Out Of  The Australians: Bharat Arun

“Ravi called me sometime in July and we were discussing the Australia tour, that we needed to take the offside out of the Australians. So, we had our own analysis and we felt most of the runs Smith and Labuschagne scored and most of Ausssie batsmen, they had got lot of runs out of the cut, pull and on the offside,” said bowling coach Arun in a virtual press conference on return to India.

Indian bowling coach further said how they took a leaf out of the Kiwi bowlers who managed to negate the Australians from soring bing in their own backyard. He recalled how Ravi Shastri spoke about bowling bodyline length to the Australian batsmen.

“We took a cue out of the NZ attack. When they bowled to Steve Smith, they had bowled bodyline to him and he felt very uncomfortable. So, Ravi called up and said ‘I want you to make a plan where you eliminate the offside out of the Australians’,” said Arun.

The Indian bowling coach recalled the magnificent series win and lauded the captaincy of Ajinkya Rahane in Virat Kohli’s absence in the final three Test matches. 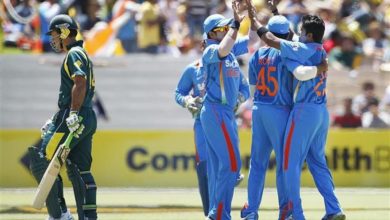