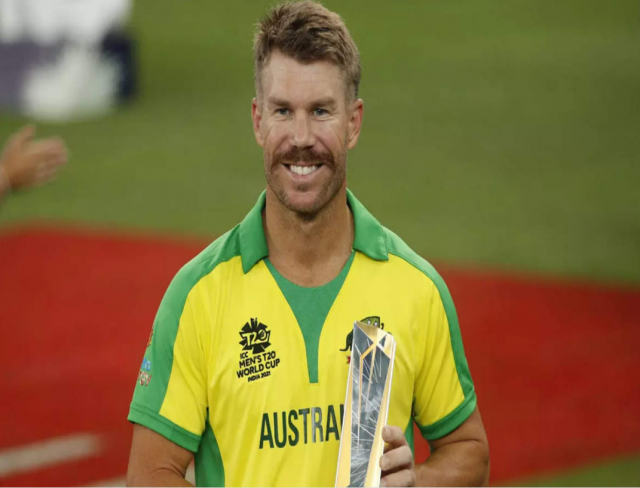 Australian opener David Warner has bagged the ICC Player Of The Month for November. The southpaw has been in scintillating form in recent times. He was the Player of the Tournament as Australia won their maiden T20 World Cup title. He then started the Ashes series with a bang by scoring 94 in the first Test at The Gabba.

Meanwhile, West Indies all-rounder Hayley Matthews secured the Women’s Player of the Month award. David Warner scored 289 runs in seven matches in the tournament at a strike rate of 146.70, out of which 209 runs came from four games in November. He scored 89 against West Indies in a Super 12 game against the West Indies which was his highest score of the tournament.

Unveiling the ICC Players of the Month for November 2021 👀

Warner top-scored with a quick-fire 49 against Pakistan in the semi-final. It laid down the platform for a comfortable chase with Matthew Wade and Marcus Stoinis finishing the game off.

Warner again was back amongst the runs scoring t 53 off 38 deliveries in the final as Australia chased down 173 with more than an over to spare. It helped the Aussies win their first-ever T20 World Cup title after winning five 50-over World Cups.

“David was back to his scintillating best during the T20 WC and his aggression at the top of the order was outstanding,” Arnold was quoted as saying in the ICC statement.

“His 209 runs at a strike rate of 151 in four innings simply tells the story. There was no recovering from the early onslaught by Warner and his stroke play was pleasing to the eye,” Arnold added. Hayley Matthews scored 141 runs in four ODIs and took nine wickets. She registered figures of 4/26 in the match against Pakistan in Karachi. She won the ICC Women’s Player of the Month for November.

“Hayley was the star of the tournament, performing with both bat and ball. Her all-round performance was one of the reasons the West Indies won against Pakistan, and she deserves to be the women’s Player of the Month” said Irfan Pathan who was a member of the voting panel.