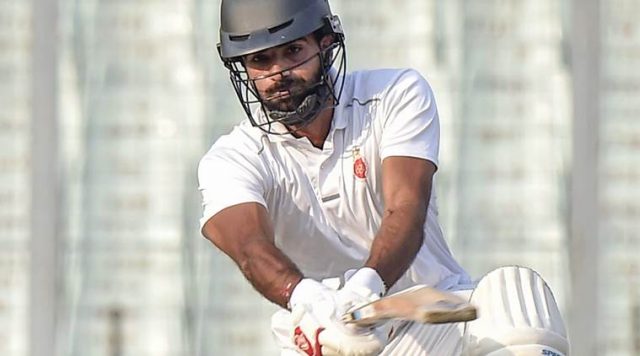 T20 format is the slam-bang and extravagant version of Cricket with immense entertainment. Gone are the days when 160 used to look like a good total and a run-a-ball Hundred was appreciated by the fans. Today, even a massive score of 200 is considered at par. T20 has revolutionized the way the game was played earlier.

Subodh Bhati opened the batting for Delhi XI New against Simba and went on to achieve this rare feat. He hit an unbeaten 205 in just 79 balls and treated the bowlers with complete disdain as he smacked 17 sixes and as many boundaries. Delhi XI New posted a whopping 256 on the board.

Subodh Bhati is primarily a right-arm pacer, who is also quite explosive with the bat. He made his debut during the 2015/16 domestic season but hasn’t been a regular starter in Delhi’s team. With the domestic season starting soon, Bhati will be hopeful to make it to the Delhi squad after his batting exploits.

The Indian Domestic season will commence from September 21, 2021. The BCCI will host a total of 2127 domestic games across various age groups in the men’s & women’s category.

India’s premier domestic tournament, the coveted Ranji Trophy will also take place in a three-month window from November 16, 2021 to February 19, 2022. The Syed Mushtaq Ali Trophy will kickstart on October 20, 2021 with the final on November 12, 2021. The BCCI will also host the Vijay Hazare Trophy, from February 23, 2022 to March 26, 2022. Age-group tournaments will also resume from this season.

For Women’s category, the BCCI has arranged two One-Day tournaments and a T20 League for Women’s Senior apart from the age group One Day and T20 Leagues.