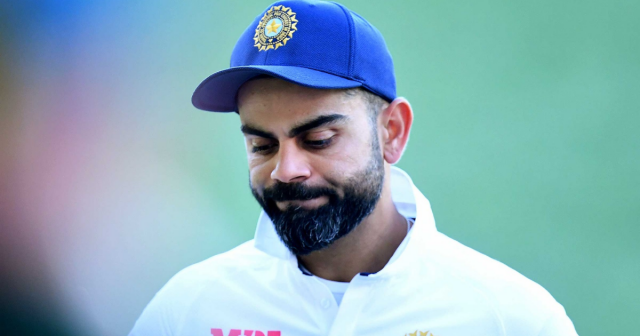 Just one day after India’s disappointing defeat against South Africa in the Freedom Trophy 2021-22, Virat Kohli dropped a bomb on his social media handles. Virat announced that he will no longer continue as the Test captain of Team India. This came as a shocker to the fans and entire cricketing fraternity as India’s record in Tests under Virat Kohli has been second to none.

In fact, Virat is the most successful Test captain ever for India. India won 40 out of the 68 matches in which Virat was the captain. A great crop of fast bowlers flourished under him. Virat Kohli was awarded the leadership role when MS Dhoni stepped down as Test captain during the 2014 Australia tour. India was ranked seventh in Test cricket at that time.

From there, Virat Kohli deserves a lot of credit for leading the Indian Test squad to a position where they are now consistently at the no.1 spot. India won their first Test series in Australia and played the inaugural WTC final under Virat’s captaincy.

T20 World Cup 2021 was Kohli’s last stint as T20I captain and later BCCI sacked him as the ODI captain because the selectors preferred having the same leader for white-ball cricket. But Virat quitting Test captaincy was unexpected as he has been a global ambassador of the longest format and has received heavy praise from legends of the game for promoting Test cricket.

Here is how Cricket Twitter reacted to the shocking news:

Like he did in his very first Test at the helm in Adelaide 2014 & right through the 7 years he held the reins, Virat Kohli’s legacy as Test captain will be how he got the Indian team to believe in the power of chasing victory, even if it was done at the risk of losing #ViratKohli

The end of an era.

Thank you, @imVkohli, for an incredible seven years as the Test captain 🧡💙#TeamIndia pic.twitter.com/6eWjOdwN3A

Virat Kohli became the Test captain of the India side quite young and during a time when cricket was at a state of emotional unrest. That’s how I remember it and respect it. Impossible to not see him as captain when India comes out to field.

No Indian captain has been at the top for as long as @imVkohli since MAK Pataudi and Azharuddin. Seven years is a long time: he’s done a terrific job and taken the Indian team forward.. it’s the right time to hand over the baton to a new era! #ThankYouVirat

You’ve been an inspiration and a leader par excellence. Thank you for taking Indian cricket forward like only you could have. 🙌🏻

Thank you for the memories, King! You’ll always be our Captain Kohli. 🤩#PlayBold #TeamIndia #ViratKohli pic.twitter.com/M9n9Dl3iCq

Whatever you do, please don’t quit test cricket.
We won’t be ready for that for a few years atleast 🙏🏼 #Virat

Although I also am shocked by @imVkohli sudden decision, I respect his call. I can only applaud him for what he has done for world cricket & India. Easily one of the most aggressive and fittest players India has had. Hope he’d continue to shine for India as a player. pic.twitter.com/W9hJGAYqhv

– A record which will be a dream for any captain to replicate.

Whenever the talk of Indian cricket captains will arise in test cricket @imVkohli ‘s name will be up there,not only for results but the kind of impact he had as a captain. Thank you #ViratKohli

Personally, wanted Kohli to be Test captain till his last match.

When Virat took over as Test captain, India winning a test overseas was an achievement, now if India lose an overseas test series it is an upset. And that's how far he has taken Indian cricket forward, and that will be his legacy. Congratulations on successful reign @imVkohli 👏🏻 pic.twitter.com/My2MOXNwMc

Wow…to say I am surprised would be lying, however it will be strange not seeing Virat captaining. Though everyone’s time must come to end, as they say. Thank you driving the global game through your leadership especially in the Test arena 🙏🏽 https://t.co/ZsIZ4NNbYM

Congratulations to @imVkohli on a tremendous tenure as #TeamIndia captain. Virat turned the team into a ruthless fit unit that performed admirably both in India and away. The Test wins in Australia & England have been special. https://t.co/9Usle3MbbQ

Indian cricket and cricket fans are going to miss Virat’s leadership! Two years down the line would be a good time to understand the impact these last few months have had. #ThankYouVirat

No Indian fan would have wanted you to go this way @imVkohli, after a defeat. Your contributions as captain have been immense, your presence & energy inspirational, your articulation impressive. You always led from the front. You embodied the spirit of the team. We will miss you. https://t.co/uzI9ixxoYa

It should be noted that Virat had recently received a lot of flak for his behaviour on-field after a controversial DRS call of South African batter Dean Elgar. He had gone near to the stump mic after the DRS verdict and said: “Focus on your team as well and not just the opposition. Trying to catch people all the time.”