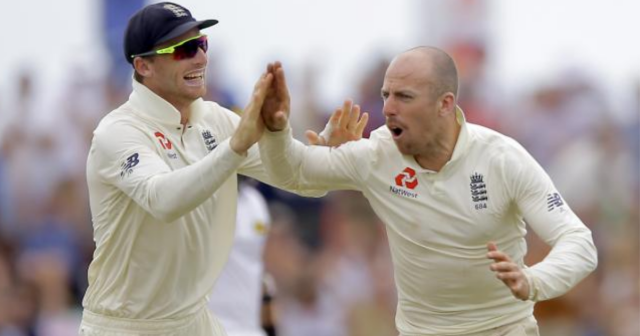 England have recalled Jos Buttler and Jack Leach for the fifth Test against India which starts on Friday at Old Trafford. The side has named a 16-member squad for the next Test.India beat England by 157 runs in the fourth at The Oval.India has now taken a 2-1 lead in the series after winning a test at the Oval for the first time in 50 years.

After missing the fourth Test due to paternity leave, Jos Buttler is back. Jack Leach also is in contention to play his first Test match since England’s innings loss to India in Ahmedabad six months ago.Sam Billings has returned to Kent after being included in the fourth Test team as cover for Buttler.

With only three days between the completion of the fourth Test and the start of the fifth, England will have to make some tough decisions, notably regarding their bowling attack.

England’s head coach, Chris Silverwood,has indicated that Mark Wood will be in contention for a spot in the playing XI for the last game.

“We have got some aching bodies, I’m not going to deny that.So we obviously have to keep an eye on that. He could come back and if he does, he will obviously add that pace for us. If the pitch is abrasive as it usually is at Old Trafford there should be reverse swing.”,Silverwood said.

Silverwood also stated that he would consult Anderson on whether or not he requires rest for the last match of series.

The England coach said: “It’ll be a discussion that he and I will have together.He will have input into that, without a shadow of a doubt. James knows his own body. He will certainly give me an honest opinion of where he is at, and it’s certainly something I will listen to”