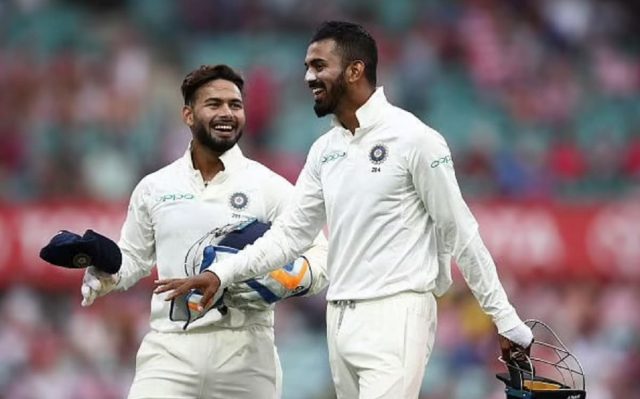 Former Pakistan captain Inzamam-ul-Haq lauded the young Indian batsmen for taking up the responsibility of the underperforming batting line-up. He added that the youngsters have played a key role in India’s overseas victories over the last couple of years. In a video uploaded on his YouTube Channel The Match Winner, Inzamam-ul-Haq praised the likes of Rishabh Pant, KL Rahul, and Ravindra Jadeja.

Wicket-keeper batsman Rishabh Pant has performed exceptionally well this year. He averages 51.83, scoring 622 runs in nine matches, including four fifties and one hundred. While KL Rahul has continued his good run and is the leading run-scorer in the series so far.

Experts: The on-drive is the most difficult shot in cricket.

Rishabh Pant off his second ball in the innings:#ENGvINDpic.twitter.com/qwn0Ms73LD

All-rounder Ravindra Jadeja has been one of the most consistent players for India over the last few years.

“The major weight of the Indian batting line-up has been shouldered by the youngsters during the last couple of years. KL Rahul, Rishabh Pant, and even Ravindra Jadeja has scored runs in the middle-order whenever the situation arose. They have taken on the responsibility of the Indian batting. The Indian victories overseas have to be attributed to the contribution from these youngsters,” said Inzamam-ul-Haq.

India’s three main players have not performed in the last 18-20 months: Inzamam-ul-Haq

Inzamam-ul-Haq highlighted the middle-order woes of the Indian team. Skipper Virat Kohli, his deputy Ajinkya Rahane and veteran batsman Cheteshwar Pujara have not been in the best of forms over the last couple of years. Inzamam believes that if the trio comes back to form, the Indian team would become even stronger. He said:

“During the 18-20 months from 2019 to 2021, the three main players of India have not performed. Pujara hasn’t scored a ton during these 20 months. Ajinkya Rahane has not performed well. He hasn’t even averaged 20 during 2021. There is no doubt that Virat Kohli is a great player. People consider him as the no.1 player. Even he doesn’t have a century in this period. When even these players start to perform, this team would become even stronger.”

An excellent CENTURY from @klrahul11 at Lord's. Batted brilliantly throughout, survived a few nervous moments, and now has his century!