Former India skipper Sunil Gavaskar has highlighted the cause which is resulting in Virat Kohli’s downfall in the series. He has opined that the India skipper is playing far away from the body which is getting him into trouble.

Virat Kohli scored 55 runs in the second innings at Leeds. He and Cheteshwar Pujara put together a partnership of 99 runs to reduce the lead. However, the Indian skipper was once again dismissed on a length ball outside off-stump. Kohli nicked the delivery to Joe Root at the first slip.

Kohli finally manages to reach a much deserved 50 but nicks to his counterpart soon after.

Sunil Gavaskar has suggested that Virat Kohli should play closer to his body, and even if he misses the ball, it is not going to do any harm. Gavaskar said,

“See how far from the body the bat is, that’s what’s getting him into trouble. He (Virat Kohli) is reaching out. So it’s hard hands stuff that is getting into trouble. I don’t think standing outside the crease is a worry. If you play closer to your body, you play and miss it. There is no harm in playing and missing it.”

Should not be playing at the 5th and 6th stump deliveries: Sunil Gavaskar 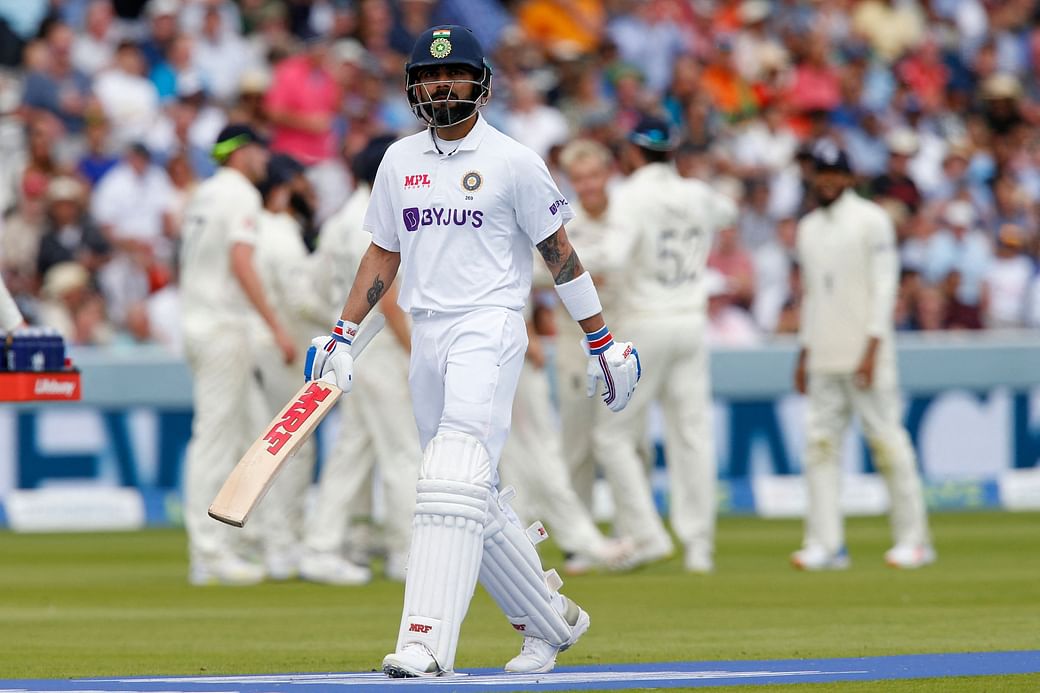 Sunil Gavaskar also asserted that Indian batters in their effort to score runs played at deliveries which they should have left. He stated that they should not play the fifth and sixth stump deliveries. Gavaskar said,

“At the moment, we’re talking about intent. There is ‘intent’ question against Pujara. Here it seems the intent is to get runs. It means there are deliveries you’re playing when you should be leaving those. So it’s basically again a question of shot selection.”