The second Test match between India and England at Lord’s, London was filled with heated exchanges and Verbal banters. One of the battles which became the talk of the town was between James Anderson and Indian captain Virat Kohli.

The rivalry between Virat Kohli and James Anderson has been going on since 2014. During the India tour of England 2014 Test series, Anderson dominated Virat Kohli. In that tour, Virat Kohli was able to score only 19 runs in 50 balls against the English pacer. Also, Anderson was able to dismiss the Indian batter 4 times. Kohli only averaged 4.8 against the fierce English pacer. However, in the 2018 tour, things were completely different as Kohli smashed 114 runs against the speedster without losing his wicket away. 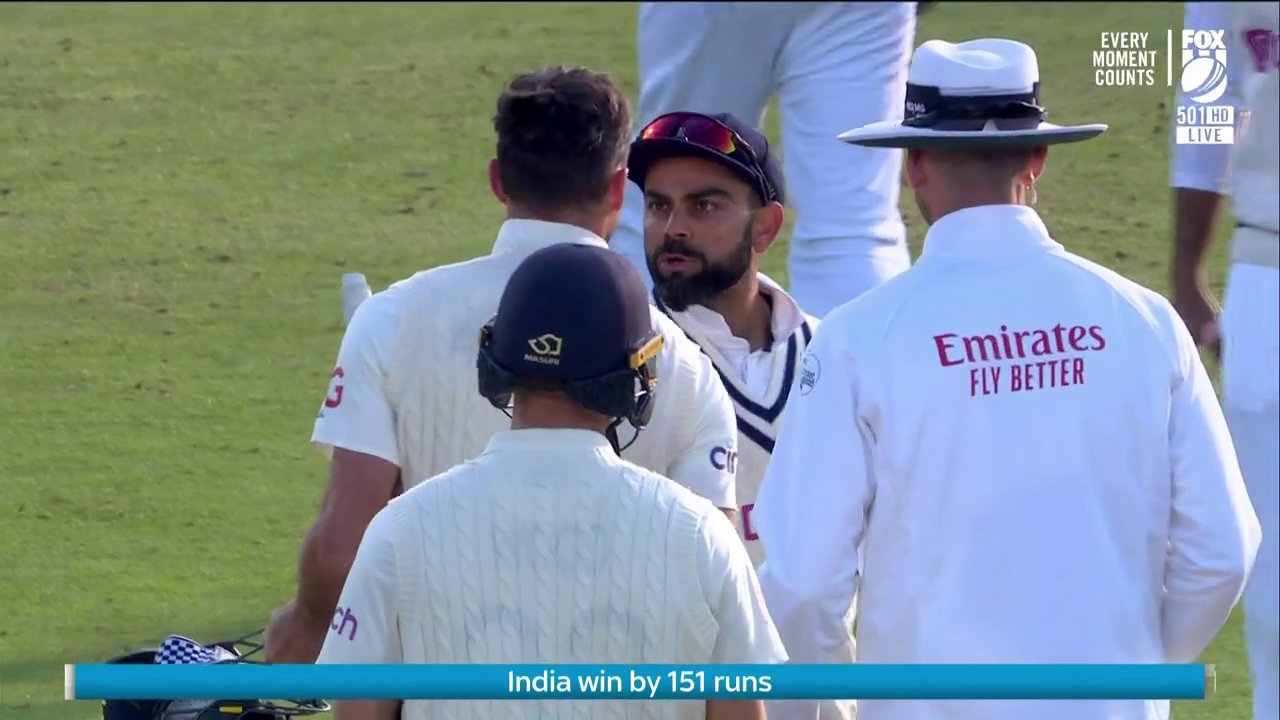 Ahead of 2021 many experts gave their opinions on the battle between the top two players. Most of the experts said that once again Virat Kohli will come out victorious against Anderson on English soil. However, when the match started things went completely different. As the 39-year-old dismissed Virat Kohli on the golden duck in the first Test at Trent Bridge, Nottingham.

Meanwhile, things got heated up between the Indian skipper and the English Veteran pacer in the second Test match at Lord’s. On the Day 4 of the match when Kohli was on the nonstrikers’ end he was seen exchanging some words with James Anderson.

Notably, James Anderson was seen saying something to the Indian captain which was not captured. However, Virat was seen instantly coming up with a reply to Anderson’s comment. Virat said: What was that? huh? Swearing at me again, like Jasprit [ Bumrah ] huh!

Meanwhile in the next frame James Anderson said: You can swear at me all you want, No one else can.

Virat Kohli: You play by your own rules, You are calling me a Fu***** Pr*** for running too? This isn’t your backyard!

In the third frame, James Anderson said: I think that bowlers can run through the crease too.

This is pure theatre and we are only 2 matches in 😯

Meanwhile, England will face off India in the third Test match which is scheduled to take place at Headingley, Leeds. The match will begin on Wednesday 25 August.