We have a result despite playing just four days out of the five days as England level series in the three-match series. All thanks to Ben Stokes’s fiery 57 balls 78 runs knock in the early hours of day five. England played a little gamble in the last session of Day 4 by sending out Jos Buttler and Stokes to open, which looked as if it had failed as Buttler got out after facing just three balls. Everyone thought that’s it, England have knocked themselves here by playing a gamble at a very crucial stage of the match.

What none of us knew was Stokes’s plan on tackling down the West Indies attack. Instead of going for the block, Stokes decided to hit it big as he scored a 37 ball fifty in no time. Earlier in the 1st innings, Ben Stokes had played his longest knock in Test cricket in terms of balls faced. he had scored a 356 ball 170 as he batted for more than 8 hours across two days.

Shortly after England crossed the 300 run lead mark, Joe Root declared the innings, inviting West Indies to either block it out or go for the victory. The Jason Holder-led side had close to 70 overs to survive in order to draw the 2nd Test of the series.

England level in the three-match series

Campbell’s stay at the crease was a short one just like the one in the first innings as Stuart Broad dismissed him caught behind. West Indies looked in all spots of bother with the early wicket as the out of form Shai Hope walked in to bat. Both Braithwaite and Hope soon fell prey to the English pacers as Woakes and Broad continue to haunt with the new ball. To further add salt to the wounds, West Indies’s most consistent batsmen Roston Chase was also soon dismissed. 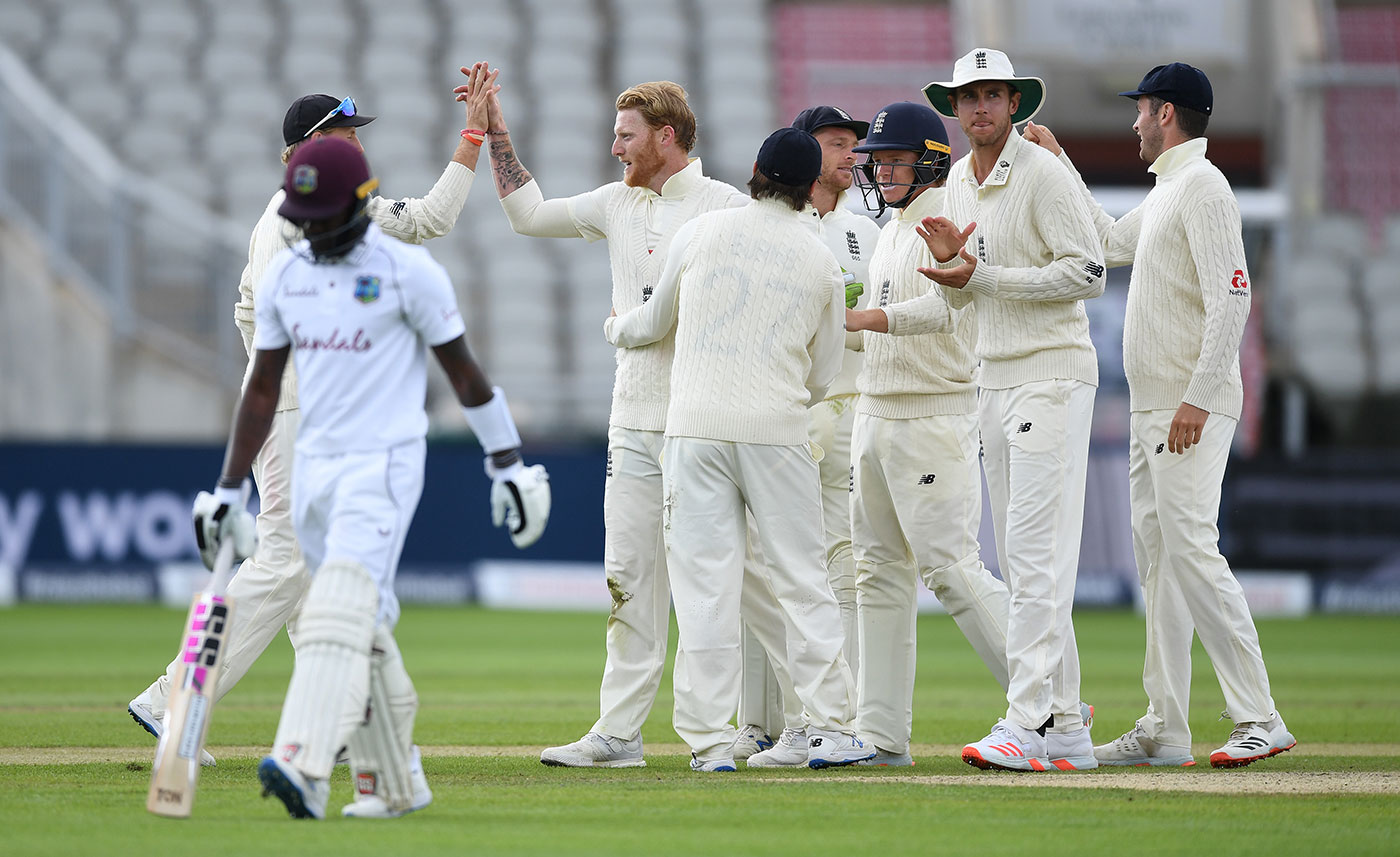 West Indies chances for a draw at 37 for four looked extremely weak. That is when Shamrah Brooks and Jermaine Blackwood made their way out in the middle. The duo put up a partnership of 100 runs. Now it looked as if both batsmen are gonna seal West indies through for a draw.

Stokes leads the charge for the host

But again both batsmen got out back to back thanks to Sam Curran and Ben Stokes. Everyone was expecting some sort of miracle when Jason Holder and Shane Dowrich were at the crease but could not live up the expectations. Kemar Roach and Alzzari Joseph had too much to do as England bowlers took full advantage of the situation and got them all out for 198. The match ended after a sensational catch by Ollie Pope at short leg.

The series is now level at 1-1 with the next Test to be played at Old Trafford three days later. Jofra Archer is expected to replace Chris Woakes in the 3rd Test after he was dropped for breaching the biosecure protocol.