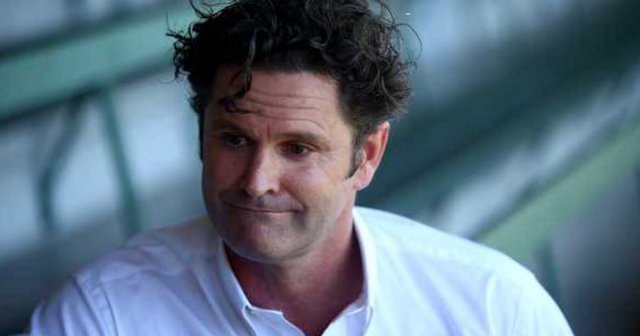 Former Kiwi All-rounder Chris Cairns revealed on Saturday that he has been diagnosed with bowel cancer. In the recent past, Cairns has experienced severe health issues and   was only recently discharged from a hospital in Canberra.

“I was told yesterday I have bowel cancer… big shock and not what I was expecting.”, Cairns wrote on his Instagram handle.

Cairns had suffered a life-threatening heart attack five months ago. The inner layer of his body’s major artery was ripped as a result, and the 51-year-old had to undergo an immediate surgery. However during the procedure, he had a stroke which left him paralysed in both the legs.

Cairns had been rehabbing at the University of Canberra, Australia since past few months. Now Cairns has received another shocking health news but the former New Zealand cricketer is positive about recovering soon.

“So, as I prepare for another round of conversations with surgeons and specialists, I keep remembering how lucky I am to be here in the first place. Another fight ahead but here’s hoping this one is a swift upper cut and over in the first round.”, Cairns said.

Chris Cairns represented New Zealand in 62 Tests, 215 ODIs, and 2 T20Is. He is regarded as one of the top all-rounders in the history of New Zealand Cricket. Chris Cairns’ gritty 102* in the final of the ICC KnockOut Trophy 2000 against India had enabled New Zealand to win their first ICC title. In the year 2000, Cairns was also selected as one of the five Wisden Cricketers of the Year.

His career, however, was marred by injuries, and he was unable to play as much cricket as he should have. His father, Lance Cairns, was also a New Zealand cricketer.