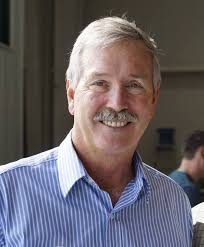 Former English allrounder Barry Knight speaks exclusively to cricfit.com correspondent Ritam Basu about the strengths and weaknesses of the Virat Kohli-led Indian side that is touring England at present, the amends that the visitors need to make if they are to bounce back in the Test series, and how cricket has drastically changed over the years.

Q: After watching the first England v/s India Test of the ongoing five-match series, what is your assessment of the current Indian touring party led by Virat Kohli?

Knight: The Indian team looks very strong on paper, but the batsmen need to toughen up and stop playing loose strokes and give Kohli some support. They have a good attack capable of taking twenty wickets. Their catching needs improvement; no excuse about cold hands. The weather in England has been very warm so far, which is a good thing for them. If India play tough Test cricket they should win.

Q: There used to be a time when touring Indian sides played practice matches against several first-division county sides before the commencement of a Test series against the English, whereas nowadays, teams just play a handful of limited-overs games and sometimes a solitary three-day or four-day practice game before the start of a gruelling four or five-match series. How important a part does preparation play when an Asian team comes to play in English conditions? Do you think lack of sufficient match practice in England cost India the first Test at Edgbaston?

Knight: This is true of all touring teams that used to play a number of county teams before the Tests and in between. It gave the batsmen opportunities to play meaningful innings in three-day matches in a bid to prepare for the Tests. Also a player could force his way into the Test team by scoring heavily in between Tests. Slogging in limited-overs matches does not prepare batsmen for the five-day game.

Q: Even though the English managed to hold onto their nerves till the end and make their way back into the contest riding on a crucial fifty from twenty-year-old Sam Curran in the second innings in Birmingham, the batting woes for the home side seem aplenty. How confident are you of a series win by England, looking at their current batting line-up?

Knight: Without Stokes I think the English batting relies too heavily on Root. Get him early and India will only be chasing medium scores and should win.

Q: As far as the visitors are concerned, none of the other batsmen, barring Virat Kohli, looked at ease in Birmingham. What according to you are the areas that India need to work on before the Lord’s Test?

Knight: Apart from Kohli, all the other batsmen were trying to hit too many boundaries.  Play like Test batsmen, not like 20/20 sloggers. The shots that Rahul got out to in both innings, were too loose for such a fine player. Maybe he should open, which is where he looks better. He likes the new ball coming onto the bat.

Q: How impressed have you been with Ben Stokes after his match-winning bowling performance in the second innings of the Edgbaston Test? How much is his absence at Lord’s—owing to a court hearing on his alleged involvement in a nightclub brawl—going to affect England?

Knight: Stokes is an explosive player, but in my opinion, he is not a world-class allrounder in Test cricket. His wickets in the second innings were just plain in-swingers which any decent Test batsman should play comfortably. He only straightens the odd ball off the pitch; [he] does not have an out-swinger. His batting, on the other hand, is based on power and not technique. The best off-spinners in the world should not find it difficult to get him out.

Q: England have been unable to find a good opening partner for Alastair Cook since Andrew Strauss’ retirement in 2012, for as many as twelve players have been experimented with during this period (2012-18). Why, in your opinion, are these players not being able to translate their first-class performances into international cricket?

Knight: There is no plausible reason as to why all the opening batsmen tried in recent years have not been successful. Opening the batting in Test matches needs the ability to bat session after session. The modern game of limited-overs cricket does not train people to bat for two-hour sessions. This does not mean that one has to bat like Boycott. Sehwag proved that one can play shots and still bat for a full day’s play. I think England should pick a promising batsman and give him an extended number of games so that he doesn’t have to play every innings as though it were his last.

Q: Do you really think Test cricket needs something like day/night Tests to sustain its existence?

Knight: Anything that enhances Test cricket is good. Day/night games would allow working people to enjoy Test cricket. Families can also come to the grounds after the children return from school.  As proved by the Test just finished, a tight Test match catches the imagination of the world. The cricketing world, now, eagerly awaits the second Test.

Q: How much has the sport changed since your own playing days?

Knight: The game has undergone a massive change from how it used to be in the early sixties. The change began with the invention of limited-overs cricket and Kerry Packer starting to pay players decent professional wages for their efforts. Players no longer had to have a job.
The game has also evolved in many other respects. The advent of helmets helped give confidence to batsmen against bouncers and legislation against persistent bouncers took away the power of the mighty West Indies. To me, with all these changes, the game lost the element of danger that it previously had.

Q: Do you think new formats—such as the hundred-ball-per-side tournament proposed by the ECB—signal a dystopian future for cricket?

Knight:  I think the game has already had too many changes and I do not believe that the hundred-ball game would bring anything to it.

Q: You have been fortunate enough to play alongside and watch a number of champion English players over the years. If you were asked to rank them from one to five, which players would you have on your all-time list?

Knight: Fred Trueman is at the top of my list as a match-winner.  Jim Laker as the greatest spin bowler I’ve ever seen.
Dennis Compton as the most attractive and prolific batsman.
Colin Cowdrey as the greatest technician.
Ted Dexter as the most explosive and destructive batsman—a game-changer.
Alan Knott as the finest glove man I ever played with, who was also a more than useful batsman.
Brian Statham as the most accurate fast bowler ever.
Derek Underwood as the most accurate and quickest left-arm orthodox bowler, closely followed by Tony Lock.

Q: You are known for championing the need to introduce modern methods like video-analysis in cricket coaching. How do you think such methods have revolutionized the game?

Knight: My video coaching in 1970 changed the ability of students to fully understand necessary changes in the technique needed to make them better players. Players like Allan Border, Steve Waugh, Adam Gilchrist all improved quickly using the video playback system.

Q: You were a part of the English team that had toured India in 1961/62. What are your memories of that tour?

Knight: My memories of the 61/62 tour would be the Indian bowling attack that was then made up of spinners like Gupte, Borde, Nadkarni, Prasanna and Durrani. They were very difficult to master on low, slow and turning pitches. The standard of umpiring was very biased, perhaps due to the fear of having one’s house burnt down if the local umpire gave a local hero out. This led to administrators choosing to have independent umpires around the world—a change for the better.

Q: Not many people are aware that you once happened to coach KL Rahul, Manish Pandey and Karun Nair as part of a coaching camp in Bangalore a few years ago. Rahul has blown hot and cold in overseas conditions so far. How can he become a more consistent player on foreign tours?

Knight:  I think Rahul should be opening the batting which is the most suitable position for him. He may have to work on eliminating loose play outside off stump where he often neglects to move his feet and relies on his eye too much which is okay on perfect pitches, but not on English pitches where the ball moves off the seam. I still think he has the potential to be a ‘great’ batsman.

Q: It is a common notion that a Test match is more often won by a side that has bowlers who can pick twenty wickets. The current crop of Indian bowlers has picked up twenty wickets in all Tests it has played this year so far (till 4th August 2018). Do you think this is India’s best-ever bowling line-up considering the variety it has?

Knight: The Indian bowling attack is certainly good enough to get twenty wickets. It is a very well-balanced unit for overseas tours, but the 1962 unit was better at home. That said, it is the Indian middle-order that has to play with more determination.

Q: Since you were a seam-bowling allrounder yourself, let me ask you this. Do you think Sam Curran has the potential to serve English cricket for a long time? What aspects of his game have impressed you the most?

Knight:  Sam has a whippet action but I would not say he is the best prospect I have ever seen. If he works hard on adding on a bit more pace and develops more variations like swing and cut, he can become a good asset for England.

Q: What are your views on Virat Kohli, the batsman? Do you think he would have been a champion batsman even if he played in your own era?

Knight: Kohli would have been a champion batsman in any era. He has got the required concentration and technique to bat and succeed in any country.

Q: What is your prediction for the series?

Knight: Obviously every Test will be closely contested. I think India will win the second Test where England will be without Stokes. Broad will have to bowl much better than he did in the first Test. The Indian batsmen will treat Curran with greater care now that they are aware of his ability to swing the ball into the right-handed batsmen. I believe India will out bat England in at least two more Tests. I’m looking forward to the remaining four Tests which will be close contests I think.