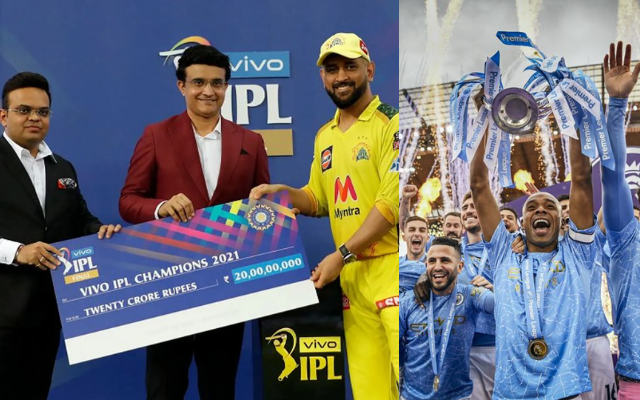 Indian Premier League is the biggest T20 league in the world. It also has a great brand value. Sourav Ganguly said that cricketers earn crores of money while playing in IPL. Similarly, the BCCI too earns a lot of revenue from the Indian Premier League by selling Broadcasting rights and title sponsorship.

Ganguly also acknowledged the fact that cricketers can earn in crores by playing in IPL which wasn’t the case in earlier generations. “I’ve seen the game evolve, where players like me earned a few hundreds and now have the potential of earning crores. This game is run by the fans, by the people of this country, and by the BCCI, which was formed by cricket fans.”, BCCI president added.

When asked about his leadership style, Ganguly said: “Captaincy, to me, is leading a team on the ground, and leadership, to me, is building a team. So, whether I worked with Sachin, Azhar, or Dravid, I didn’t compete with them; instead, I collaborated with them as leaders and shared responsibility.”

Ganguly was also asked about the similarities between captaining the team and being the BCCI president. Ganguly believes managing talent is the most important thing. Sourav said: “I believe that the common thing is managing individuals. This country has exceptional talent, ranging from young players to young corporate employee.”

” I genuinely believed that if I wanted to be the captain of a successful team, I had to respect my colleagues so that they could become good players, and that it’s never the other way around; you can’t keep everything to yourself and expect good things to happen; it won’t happen.”, he added.