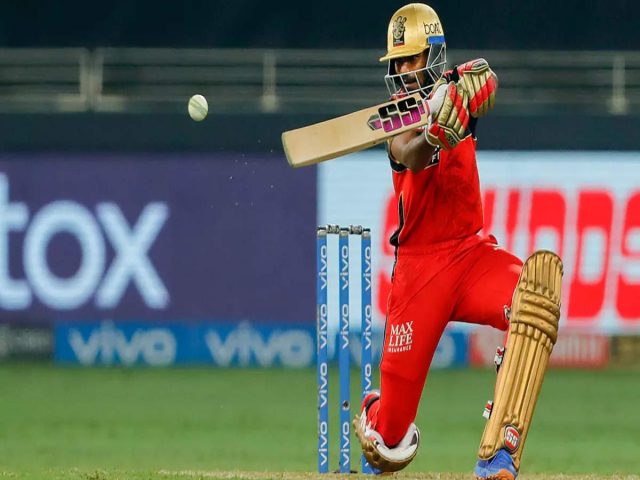 Royal Challengers Bangalore (RCB) won a nail-biting match over Delhi Capitals (DC) in their final league stage match of the Indian Premier League (IPL) 2021 on Friday. Srikar Bharat hit a match-winning 78 off 52 balls and sealed the deal as well.

While chasing 165, RCB required six to win off the final ball with Bharat on strike. Meanwhile, Avesh Khan bowled a full toss after a wide. Bharat smashed it straight back over the bowler which cleared the fence and took the team to the finish line as well. And, Bharat claimed that Glenn Maxwell, who was at the non-striker’s end, gave him a lot of confidence to finish the chase as well.

Srikar Bharat said, “In the last over, me and Maxi, we were talking to each other with regard to what are the areas we can access, and he was like ‘okay, just watch the ball and get bat on ball.’ And that is exactly what we were doing. The last three balls, I asked him whether to run, and he said no, you go ahead, you can finish it off. That gave me a lot of confidence. And then I was just focused on one ball that was coming next. So I kept it simple, and as a team we did very well, and we pulled it off.”

The joy of contributing to the team’s win is unparalleled! 🤩Blessed to have been a part of such a thriller with Maxi around to help me out. It’s playoffs time now 🙌🏼👊🏼
@royalchallengersbangalore https://t.co/HkNv8A8Ngq

“When AB walked in, he just said watch the ball, come in to good positions and then work the ball out. So, we were just thinking of building a mini-partnership, which would give a good platform for people walking in next to finish it off,” Bharat further added.

However, Srikar Bharat has been batting at no.3 for RCB, and on Friday he had played a stunning knock to win the match for his team. And, Srikar Bharat, who hit three boundaries and four sixes in his knock of 78 off 52 impressed everyone as well.