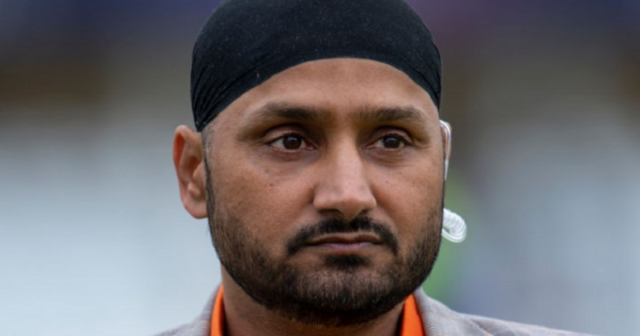 On Tuesday, BCCI announced the Indian T20I squad for the home series v/s New Zealand and also the India ‘A’ squad for the tour of South Africa. However, Harbhajan Singh is not impressed with the squads that have been picked. He took to the microblogging site Twitter to express his disappointment over the non-selection of Mandeep Singh and Sheldon Jackson.

Born in Bhavnagar, Gujarat, Sheldon has an amazing first-class record. He has scored more than 5000 runs at an average close to 50. He has 19 hundreds and 27 half-centuries to his name. Although an unfair parameter to judge a player, ‘Age Factor’ could be a reason why selectors haven’t looked towards him as a Team India prospect. The 35-year old has himself been extremely vocal about the same in the past.

“Where is it written in the laws of the game that you’re not eligible to get picked for the national team when you cross 30?”, Sheldon had said in an interview.

In the ongoing Syed Mushtaq Ali Trophy, Sheldon has made three fifties in five innings so far. Showing Sheldon’s Ranji Trophy records, Harbhajan Singh asked the selectors some tough questions. He said: “Ranji season 2018/19 scored 854 and 2019/2020 scored 809 and also Ranji champion that year plus this year current form yet not getting picked even for India A team. can selector tell him what else he need to do to ply for India apart from scoring runs #shame @ShelJackson27.” Sheldon later thanked the veteran for speaking out in his support.

The only domestic player in this list who hasnt played for 🇮🇳. Covid go away so that i can do it for the 5th time , who knows may be then🇮🇳🇮🇳 https://t.co/aVdHnU1qGJ

Harbhajan was also unimpressed by the exclusion of current Punjab captain Mandeep Singh. The Turbanator posted screengrabs of Mandeep’s 2019-20 Ranji Trophy records on his Twitter handle. Bhajji urged the selectors to consider the performances of Ranji Trophy matches otherwise the tournament has no relevance.

“Another top player not getting his dues @mandeeps12 forget team India not even in India A. Selectors need to see some domestic matches records or else what’s the point having Ranji seasons. Check his stats last domestic season played. Due to corona no cricket in 20/21 #shocking.” wrote Harbhajan.

Another top player not getting his dues @mandeeps12 forget team India not even in India A.selectors need to see some domestic matches records or else what’s th point having Ranji seasons.check his stats 👇last domestic season played.due to corona no cricket in 20/21 #shocking pic.twitter.com/UotDWxux11