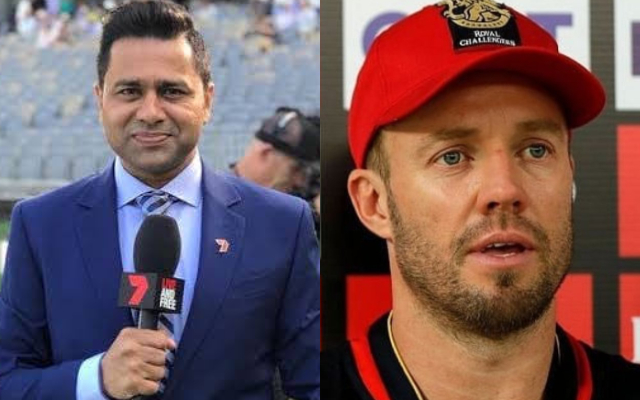 AB De Villiers announced his retirement from all forms of cricket on November 19. He took to Twitter to announce his retirement. This also means that he will not be a part of IPL cricket anymore. Meanwhile, former Indian batsman Aakash Chopra has reacted to ABD’s retirement.

In a special Youtube video, Aakash Chopra said that AB De Villiers is one of us and holds a special place in the hearts of Indian fans. His exploits in the IPL and particularly at the Chinnaswamy stadium in Banglore is a part of IPL folklore.

“We have the largest fan base in terms of numbers all over the world. After our own Indian players, if we have given love to anyone, it’s AB. We have always thought he is one of our own. We have adopted him. He is the biggest brand ambassador and goodwill ambassador of this sport. Not only his playing style but his selfless spirit is also admired by all.”

Aakash Chopra termed AB De Villiers as a versatile batsman across all formats. His IPL numbers are incredible making him one of the best overseas batters in the league. He played 184 matches, scoring 5162 runs at an average of 39.1, including three centuries and 40 fifties. IPL 2021 was his last season in the IPL.

“(He was) a player who could mould his batting style in all three formats. AB approached all three formats being different characters and was successful in all of them. This is a rare quality in a batter. He played swing, bounce and spin equally well. The finest all-format versatile batter of all times. We are privileged to have watched him.”

After playing the first three years for Delhi Daredevils, De Villiers joined RCB in 2011. He played 10 seasons with the franchise scoring over 3000 runs. Not winning an IPL title with the franchise remains the only blip in his phenomenal career.

It has been an incredible journey, but I have decided to retire from all cricket.

Ever since the back yard matches with my older brothers, I have played the game with pure enjoyment and unbridled enthusiasm. Now, at the age of 37, that flame no longer burns so brightly. pic.twitter.com/W1Z41wFeli