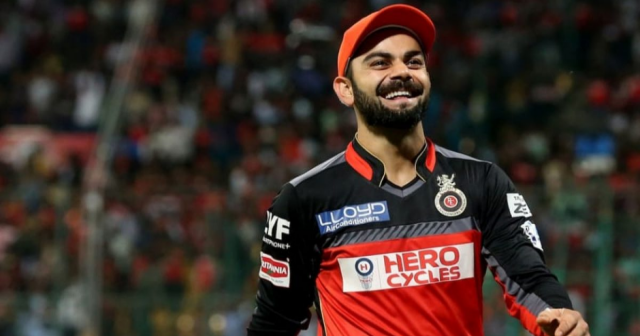 On September 16, Virat Kohli stunned the cricketing world with a huge announcement. The Indian captain announced on social media that he will step down as T20I captain after the T20 World Cup 2021. Kohli described his choice as being mostly motivated by his excess workload.

Several fans and experts have weighed in on Kohli’s decision since the announcement. Rajkumar Sharma, Kohli’s childhood coach, has also shared his viewpoint on the call made by Virat.

When questioned if Kohli’s choice was influenced by his inability to win an ICC event as the leader, Rajkumar replied the cricketer’s decision was not influenced by this aspect because he has done a fantastic job as the captain.

“As far as not winning an ICC tournament is concerned, I don’t think it a big tag as if you see his records, he is one of the most successful captains and I am talking about all three formats. So you can’t judge a captain just on the basis of how many ICC trophies he has won. His record depicts what he has done for the country both as a captain and player.” Rajkumar asserted.

Rajkumar further hinted that Kohli may step down as captain of the Royal Challengers Bangalore also, to focus on his ODI and Test game.“As far as IPL is concerned, I think he might quit RCB captaincy at some time and continue playing for the franchise as a batsman. This will be better for him as well as he would be relieved and can concentrate more on ODI and Test cricket for Team India”, Rajkumar said.

It should not be forgotten that Kohli has guided India to 27 victories in 45 T20Is as captain. Kohli would want to leave the captaincy on a positive note, considering T20 World Cup 2021 will be his final leadership assignment in the shortest format for the Indian team.

There were smiles, hugs and laughter in the RCB camp as captain Virat Kohli, Mohammed Siraj and some of our foreign players had their first hit in the nets.#PlayBold #WeAreChallengers #IPL2021 pic.twitter.com/gxSEVf15rR

Meanwhile, Virat Kohli is preparing for the IPL 2021 second leg, which begins on September 19. With both the IPL and the T20 World Cup taking place in the UAE, Virat would take the league as the perfect practice for the global event.