Former India cricketer Sunil Gavaskar has picked his 15-member squad for the upcoming ICC T20 World Cup 2021. The global T20 event is slated to take place in the UAE and Oman, which starts on October 17. Meanwhile, the Board of Control for Cricket in India is likely to announce the squad sometime today.

During a conversation with Sports Tak, Gavaskar left out two of the frontrunners – Shikhar Dhawan and Shreyas Iyer while picking his squad for the mega event. Incidentally, Iyer had the spot of his own following the 2019 World Cup. However, Sunil Gavaskar has instilled his confidence in spin-bowling all-rounder Krunal Pandya.

Big day – Indian team for the T20 World Cup will be announced today, we might see few surprises in the Team selection.

“He’s an all-rounder, a very experienced player, has performed very well in the IPL for the past many years so he surely deserves a place. He’s left-handed, which is an advantage as well,” Gavaskar said over the selection of the elder of the Pandya brothers.

Washington Sundar should get a nod for T20 World Cup: Sunil Gavaskar 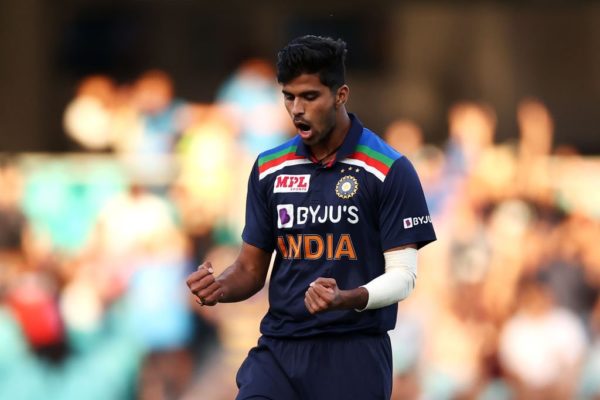 Meanwhile, speaking about the top-order batters, Gavaskar went with Rohit Sharma and KL Rahul as openers followed captain Virat Kohli and Suryakumar Yadav for the No.4 spot. Rishabh Pant was picked as the wicket-keeper for the ICC T20 World Cup 2021.