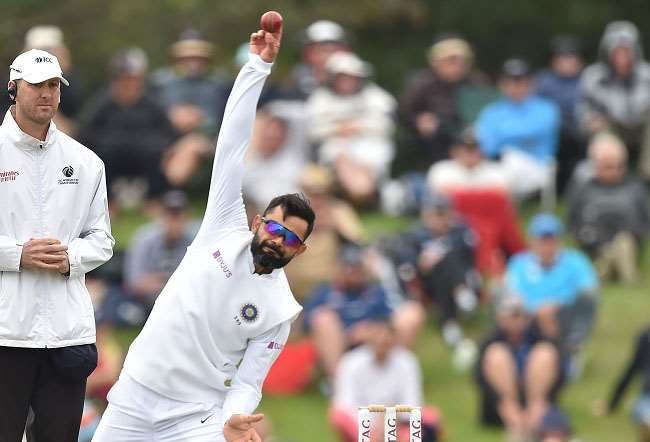 India skipper Virat Kohli is one of the best batsmen in the world as of now, his consistency is such that it is often compared to the likes of Sachin Tendulkar. That’s the sort of calibre the man from Delhi possesses.

After winning the U-19 World Cup as captain in 2008, Kohli stepped his foot into the International circuit. Though he didn’t have an eventful start to his international career, his captain MS Dhoni still backed him in the Indian side and thus received a longer run. After which he just went on to rewrite history as he kept breaking records set by legends like Tendulkar and Ponting.

He made it to the 2011 World Cup and went on to score a century on World Cup debut, marking his arrival in the big league. Following MS Dhoni’s retirement from the Test arena, Virat Kohli stepped foot in as India’s new Test skipper. When Virat took over the Test captaincy, the side was ranked 7th in the ICC test rankings but under Kohli, they managed to reach number one in tests making them one of the most dominant sides in test cricket.

We all talk a lot about Kohli’s batting and his records as a batsman for the country but little do we know is Virat Kohli used to bowl medium pace in his early days as an India player. But due to having a wrongfooted action which was more injury-prone Kohli eventually stopped bowling. The last time Kohli bowled in World Cricket was during the 2016 T20 World Cup semi-final against West Indies.

In relation to his bowling, ICC recently uploaded an introductory video of all the captains that featured in the 2008 U19 World Cup where Virat Kohli introduced himself as,

Remember how your favourite superstars looked like as teenagers? 👦

Presenting the 2008 U19 @cricketworldcup introductions 📽️

Which one’s your favourite? 😄 pic.twitter.com/Sk4wnu4BNs

This answer has left many of us in splits as we don’t often find anyone describes their bowling in such an unusual fashion. the video has been in talks ever since yesterday as its widely circulated across social media.