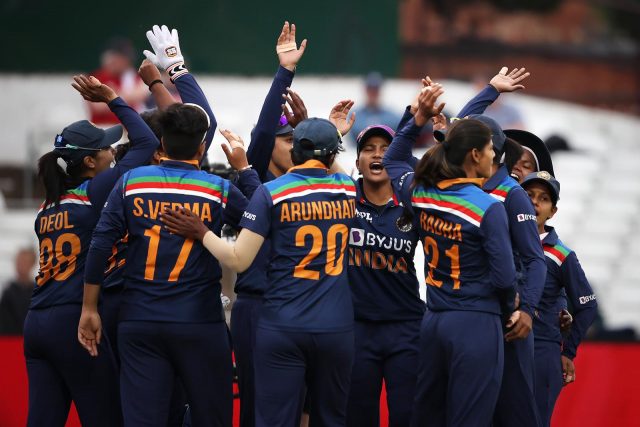 Indian Women’s Tour of England ended with a loss in the third T20 International on July 14, Wednesday. The series started on a great note for the Indian Women, who were playing their first test match in seven long years.

A resilient batting performance led them to draw the one-off Test match at Bristol. After which, the Indian team lost its way in the white-ball series. After losing the first two one-day internationals the Indian team made a comeback.

In the last one-day international, they defeated England by 4 wickets, on the back of Veteran Mithali Raj’s unbeaten 75 while chasing 219. However, the Indian side couldn’t carry the momentum forward into the T20 International series. They lost the series to England 2-1.

Indian batter, Smriti Mandhana shared a heartfelt tweet post the England series. She wrote that the India team fought hard and gave it all and that she is incredibly proud of the girls. Smriti Mandhana wrote:

“Although the result was not what we wanted, I’m incredibly proud of the girls! We fought hard and gave it our all, and it’s great to takeaway all the amazing memories!.”

Although the result was not what we wanted, I’m incredibly proud of the girls! We fought hard and gave it our all, and it’s great to takeaway all the amazing memories! pic.twitter.com/0FVL7njxis

Smriti Mandhana had a decent tour of England. She scored 78 runs in the first innings of the one-off test match. Smriti and Shafali Verma added 167 runs for the first wicket stand. While Smriti failed in the second innings, Shafali scored another half-century. Mithali Raj was the leading run-scorer in the one-day international series with 206 runs in three matches at an average of 103.00.

Smriti Mandhana returned back to form in the T20 international series. She scored 119 runs in three matches at an average of 39.67. Her 70-runs knock in the third T20 International went in vain as Danielle Wyatt’s 89 led England to an 8 wicket victory.