Adam Zampa expressed his displeasure after being left out of Australia’s Test squad for the upcoming Border Gavaskar Trophy against India. The leggie was thought to have a good chance of making the cut, but Mitchell Swepson beat him out in the series.

Zampa was devastated after being cut from the squad and missing out on the Asian subcontinent series. He also stated that he was ‘excited’ about touring India and leaving an impression.

“I’m very disappointed. I would have loved to have been on it. Don’t know what’s next for me now, it’s two-and-a-half years until the next subcontinent tour. I thought with the way I’ve been going in international in particular that this was going to be my opportunity. I was really excited to potentially be on this tour, give it a crack,” Adam Zampa was quoted as saying by ESPNcricinfo.

“The messaging was my style of bowling might have been handy over there. Potentially last minute that was a change of mind. That was the messaging I got six weeks ago as well – that this was going to be a very good chance – but now that I’m not [going] I’m very flat about it and time to move on from it,” he added. 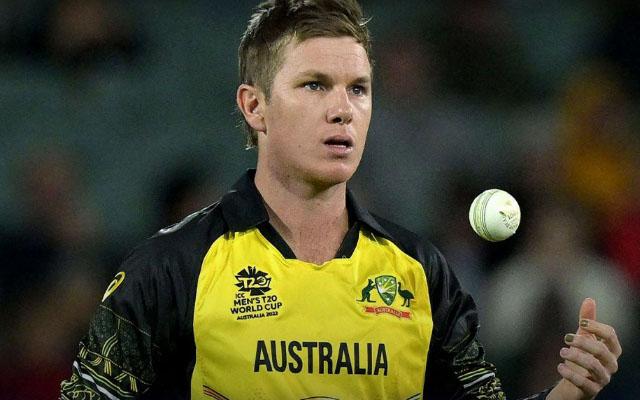 Despite not getting a chance to play in the Test format, the spinner has a respectable white-ball record. He has 127 wickets at an average of 28.66 in 76 ODIs and 82 wickets in 72 T20Is. He also stated that he would not rule out red-ball cricket for the time being, but would reconsider the possibility.

“Don’t know what’s in store for me red-ball cricket-wise. Will just through this Big Bash and reconsider. I’m not going to close the door completely to red-ball cricket. Life is always about balance and I’ve got a family and these white-ball tours and World Cups that are coming up so I’ve got to try and think about what’s best for my body, myself, my family,” told Zampa.