Unlike Nottingham where the match ended in the draw, We got a winner at the Lord’s. India found many positives in the match. As several players from India performed well at least in one inning. Also, India’s batting tail did an exceptional job and helped India put big runs on the board. Notably, now India is ahead by 1-0 in the 5-match Test series against England.

While talking about India’s victory in his YouTube channel Hogg opined that India is the favorite to win the second World Test Championship cycle. Also the world cup winning spinner believes that India can bounce back from any difficult situation. Brad Hogg asserted:

“This Indian team are going to cause a lot of havoc and they are the favorites to take the WTC in the second cycle running. I cannot see another team cracking the code of this culture right now…What I love about this team is that they are creating a positive culture of a team that wants to go out to win every contest. It does not matter what situation they are in, they are fighters, they get themselves out of tough situations,”

“This Lord’s Test match shows me that they are the real deal”: Brad Hogg 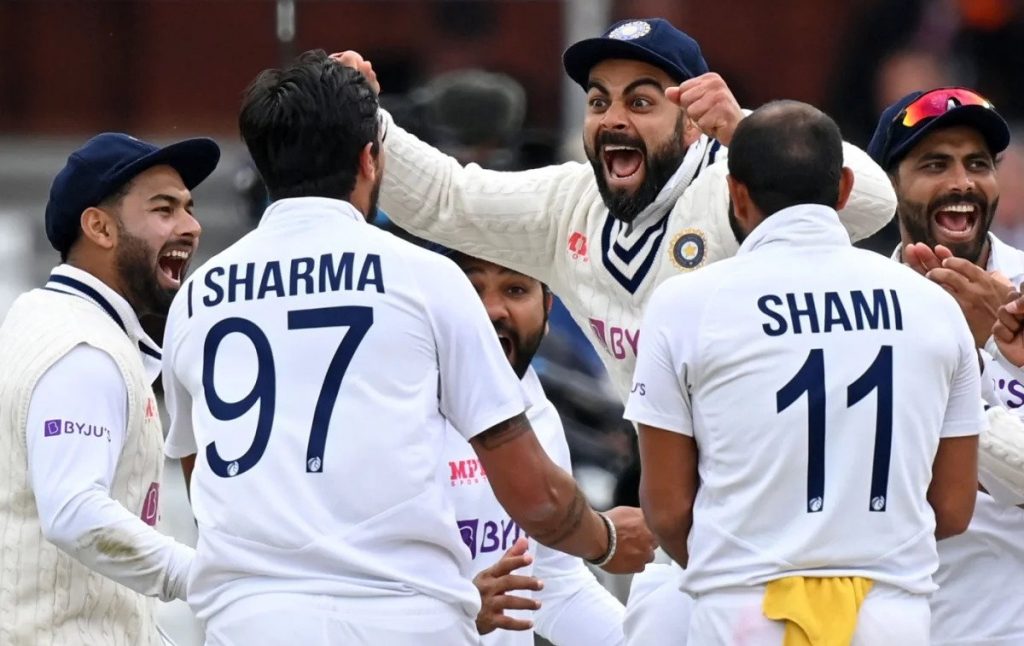 The Australian spinner went on to praise Virat Kohli and said he is creating a ‘ fantastic culture’. Also, Hogg reckoned that during the Gabba victory he was confused whether it is a one-off victory or India is a real deal. However, after the Lord’s Test, he feels that team India is a real deal. Brad Hogg on his YouTube channel stated:

“Looking back at the Brisbane Test, I just thought is this a one-off, or are they the real deal? Now this Lord’s Test match shows me that they are the real deal. Virat Kohli is creating a fantastic culture,”.

To borrow a quote from @sachin_rt, "People throw stones, you turn them into milestones". This is a milestone victory, congratulations @imVkohli and Team India @BCCI 🇮🇳👏🏻 #ENGvIND pic.twitter.com/3i2HGzgPER