Indian skipper Virat Kohli is currently on a break from international cricket. He was not a part of India’s T20I squad against New Zealand and will be rested in the first Test as well. He will come back into the squad in the second Test as the skipper of the side.

Meanwhile, Virat Kohli is being trolled for promoting his brand One8. In association with Myntra, Kohli has been branding for a range of perfumes named Bleed Blue.

Meanwhile, Twitterverse has targeted him for promoting his brand on Twitter. They have targeted the Indian skipper after India made an early exit from the T20 World Cup. This was also Kohli’s last series as India’s T20I skipper as he had announced that he would step down from T20I captaincy after the World Cup. Along with him, Ravi Shastri has also not extended his contract as coach.

The fans questioned him on his lost form and his future in international cricket in general. Many blamed his poor run of form for India’s early exit from the World Cup. 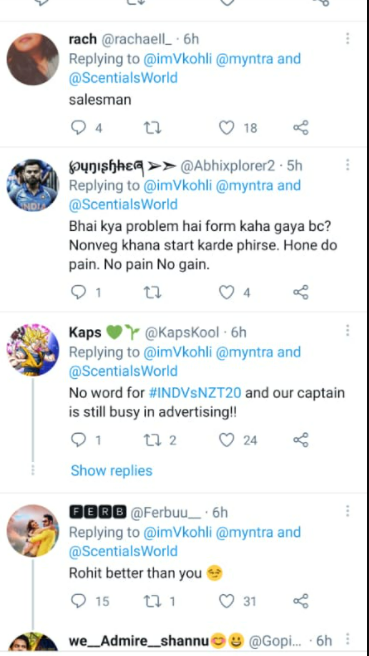 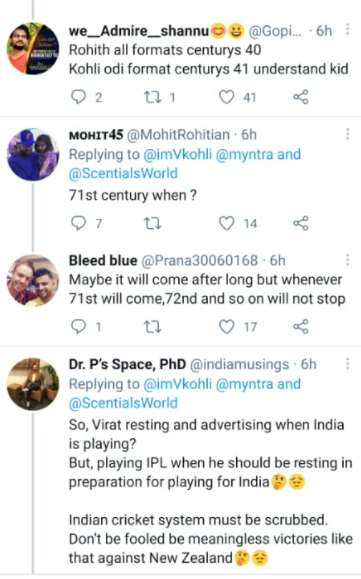 Meanwhile, Virat Kohli recently posted an adorable picture with his wife Anushka Sharma. He captioned the picture as ” My Rock” on Twitter as it garnered a lot of reactions from his fans.

Kohli meanwhile gave out a statement on stepping deon from T20I captaincy after India’s game against Namibia. India won against Afghanistan, Scotland and Namibia by big margins to end the campaign on a high. 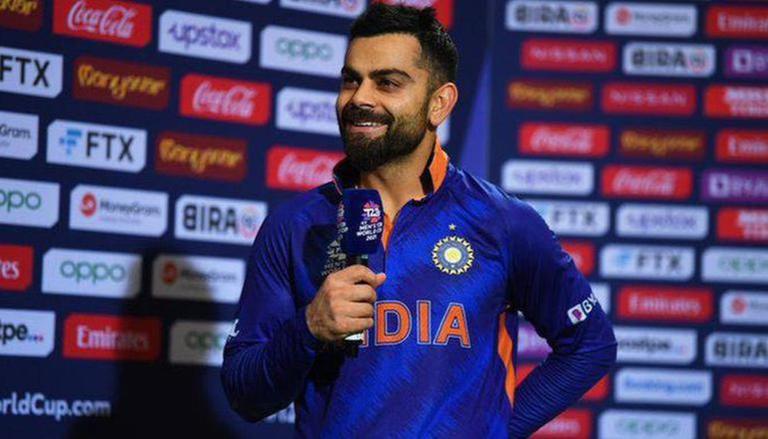 “Relief firstly (on leaving T20I captaincy). It’s been an honour but things need to be kept in the right perspective. I felt this was the right time to manage my workload. It’s been six or seven years of heavy workload and there is a lot of pressure.

“The guys have been fantastic, I know we haven’t got the results here, but we have played some really good cricket. The guys have really made my work easier. The way we played the last three games, it’s a game of margins – T20 cricket these days. Two overs of attacking cricket at the top is what we were missing in the first two games. As I said, we weren’t brave enough in those games and in the group we were in, it was tough” said Kohli when asked about his decision to step down from the shortest format.