It is time for the battle between former India skipper and current India skipper, it’s the match between Virat Kohli led Royal Challengers Bangalore and MS Dhoni-led Chennai Super Kings. Though Chennai Super Kings have been knocked out of the tournament they will look to play and try out the youngsters from their side who the side might just want to retain for the next season.

Whereas Royal Challengers Bangalore will be turning up in green jerseys to support the go green initiative they have been taking part in since 2011. Talking about their side’s performance so far in the tournament, the Virat Kohli led side has managed to win 7 games in the season so far. If they win the match against Chennai  Super Kings they will be the first team this season to qualify for the playoffs.

With much said its an encounter between Mahi Bhai and his Cheeku which is why let’s expect an extra bit of spark in the match. On that note, let’s take a look at the five key players to watch between the two sides.

Let’s take a look at the top 5 key players we should watch out for when Royal Challengers Bangalore lock horns with Chennai Super Kings : 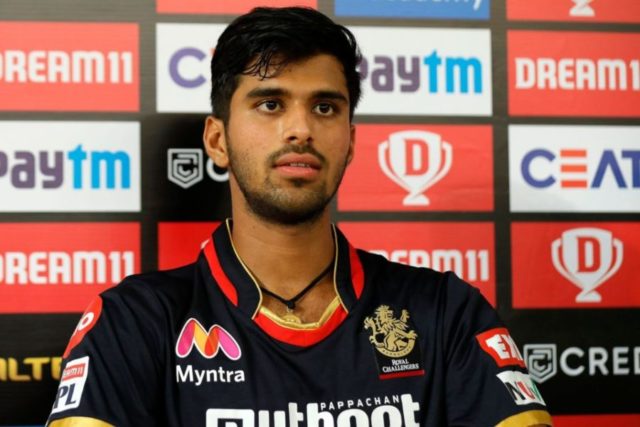 Off-spinner Washington Sundar has been putting up some incredible performances for the Royal Challengers Bangalore side bowling in the powerplay.

It is with the help of Washington Sundar’s economical spells the Royal Challengers Bangalore side have been able to build the pressure on the opposition very which is why he’s one of the key players to watch out for in the RCB setup.