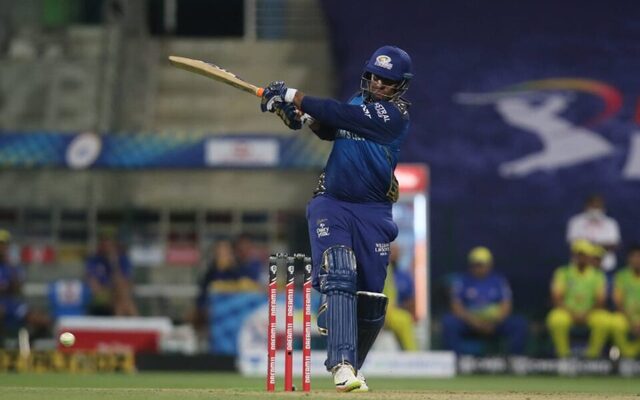 It’s time for East vs West as Mumbai Indians take on the Kolkata Knight Riders at the Zayed Cricket Stadium in Abu Dhabi. Mumbai will be coming off after losing their first game against the Chennai Super Kings as Ambati Rayudu and Faf Du Plessis both turned saviours for the yellow franchise.

On the other hand, Kolkata Knight Riders will be playing their first match of the season. Very recently they have been joined by the services of Eoin Morgan and Pat Cummins as both players returned from the United Kingdom. Also not to forget someone like Andre Russell who is such a tremendous striker of the ball who will look to continue his CPL form in the ongoing Indian Premier League.

Their captain Dinesh Karthik will also have up his game since he doesn’t really have a great captaincy record captaincy the KKR side. Well, the match is expected to hit high volumes which is why we take a look at the five players we all should watch out for in this game.

Let’s take a look at the Top 5 players to watch out for during MI vs KKR game:

When Andre Russell takes a strike in a T20 match it is one of the scariest sights for any opposition time. The big man from Jamaicai, a colossal T20 player that has entertained everyone in his IPL career. KKR like every other year will again bank on their superstar all-rounder to deliver the goods yet again.

The defending champion of IPL ‘MVP’ award, Russell just knows how to take his team home during a tense T20 match. He is one of those players that you just can’t keep out of the game. Time and time again he has produced breathtaking performances for the Kolkata Knight Riders.