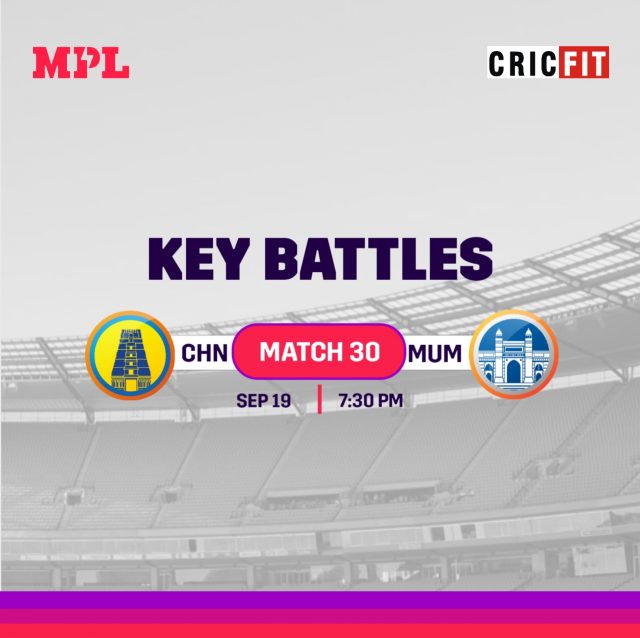 The second phase of IPL 2021 is scheduled to commence on September 19 (Sunday) in the UAE with defending champions Mumbai Indians going up against Chennai Super Kings at the Dubai International Cricket Stadium.

Rohit Sharma’s Mumbai, who had a slow start to the campaign, are currently placed fourth in the points table while the Super Kings are second in the points table with 10 points. As the arch-rivals go up against each other, a couple of duels between players will be interesting to see.

What is a key battle?

Key Battles looks at the important matchups in a game. It tells you which batsman has a leg up on a bowler and vice – versa. As cricket becomes more analytical and franchises and international sides decide their final eleven based on matchups so should you with your fantasy team.

Let’s take a look at 3 key battles from the first game of the second phase of IPL 2021 between Chennai and Mumbai:

Ruturaj Gaikwad, the young Chennai batsman has struggled against the experienced fast bowler from New Zealand so far. With his deadly inswingers, Trent Boult has troubled the batter from Pune so far.

The left-arm pacer has dismissed Gaikwad in both the games they have played against each other. On the other hand, the Chennai Super Kings opener has managed to score only four runs against the Black Caps cricketers.

It will be an interesting match-up once again when they go up against each other on a jam-packed Sunday evening in Dubai.

Stalwarts in their own department, Bumrah and Dhoni know each other’s game inside out having played in the Indian side together for a couple of years.

It will be an interesting match-up when Jasprit Bumrah unleashes his weapons against one of the best finishers the game has ever witnessed in the first game of the second phase.

So far in the IPL, Bumrah, and Dhoni have faced each other in 13 games. While the former India captain has managed only 56 runs against him, Bumrah has dismissed him thrice so far. 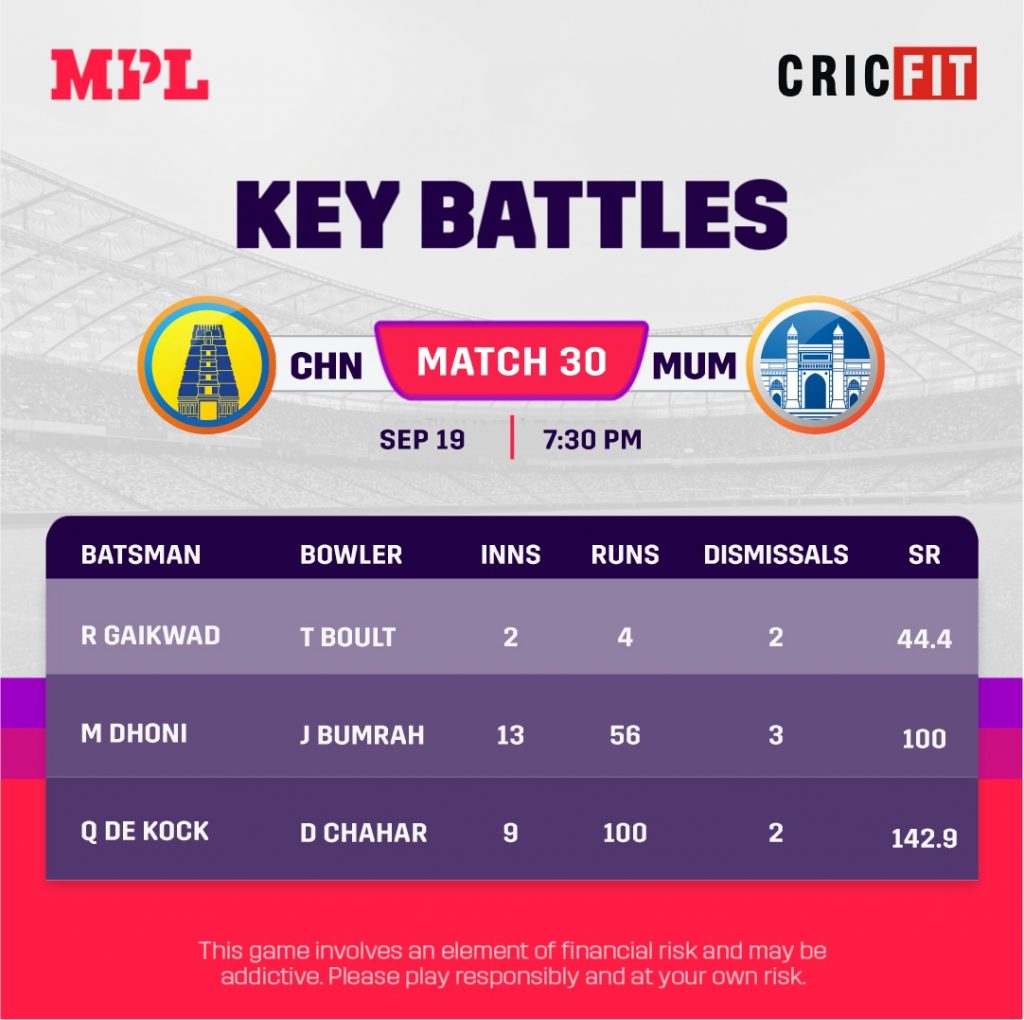 With the wickets in the UAE assisting seamers, Chennai’s Deepak Chahar will be a force to reckon with in the powerplay overs. Mumbai Indians opener Quinton de Kock will be under the spotlight when he faces Chahar in the first couple of overs.

The Proteas wicket-keeper batsman enjoys a good record against Deepak Chahar. On nine occasions they have met each other, De Kock has amassed 100 runs at a strike of 142.9 while the pacer from Rajasthan has only dismissed him twice.

The focus will be on these two players when Chennai Super Kings lock horns with Mumbai Indians at the Dubai International Cricket Stadium.