When the IPL Retentions were announced, most franchises retained their core group of players barring franchises like Rajasthan Royals who released their skipper Steve Smith, announcing Sanju Samson as their leader for the 2021 season. While Royal Challengers Bangalore did release a considerable chunk of players but ended up retaining their core comprises of Virat Kohli, AB de Villiers, Washington Sundar.

With the IPL auction all set to take place on 18th February, the majority of the released players are likely to be picked by other franchises. Players Like Jagadeesha Suchith, James Pattinson, Mitchell McClenaghan will eventually end up with IPL contracts at the end of the day on 18th February. But as we take a look at the list of released players, there are a few players who might just find it extremely difficult to find an IPL contract.

Also Read: 5 Indian Cricketers Who Are Best Friends With Their On-Field Rivals

The two factors that IPL franchises take under consideration is the player’s age and player’s past form, with the absence of both, a player is most likely to go unsold in the IPL auction. Today we take a look at five such players who will find it difficult to procure an IPL contract in the 2021 IPL auction.

Also Read: 5 Instances When Cricket Was Stopped Due To Wierd Reasons

Let’s take a look at five such players who will find it difficult to procure an IPL contract in the 2021 IPL auction: 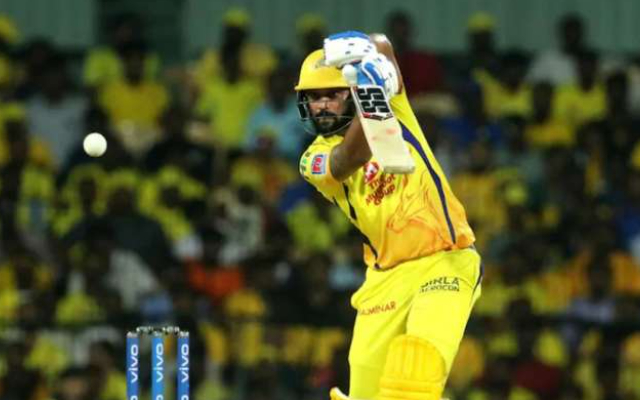 Murli Vijay was one of the most experienced batsmen in the Chennai Super Kings line up until they decided to release him ahead of the 2021 IPL auction. The man from Tamil Nadu is way past his prime since his last worthy season came way back in 2016 for the Kings XI Punjab franchise.

After playing just 3 matches and scoring 32 runs in the 2020 season, Murli Vijay didn’t find a place among the retainers for the 2021 season. The rise of Ruturaj Gaikwad in the CSK roster also may have influenced the ouster of Murli Vijay from the squad. After not playing in the recently concluded Syed Mushtaq Ali Trophy, it seems unlikely if Murli Vijay would find any bids on 18th February.