Virat Kohli scored 39 and was dismissed by Sunil Narine trying to play across the line and getting bowled out in the process. He was one four wickets for Sunil Narine who bowled a spell of 4/21 getting the wickets of AB De Villiers and Glenn Maxwell. Kohli’s wicket became the turning point after RCB had got a good start in the powerplay.

Former KKR skipper Gautam Gambhir has taken a dig at Virat Kohli for his wrong choice of shot against Narine who was called in to get the big wickets. 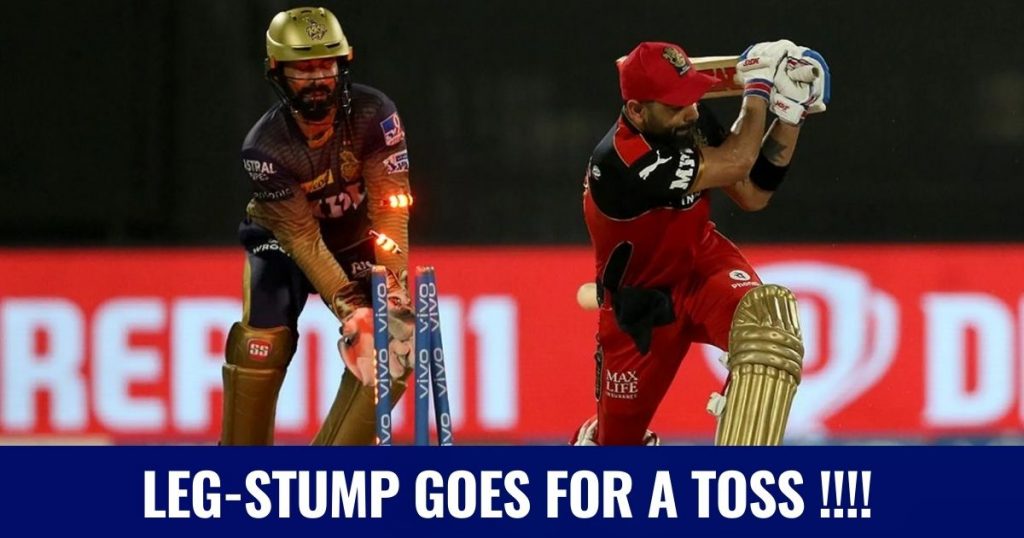 “Just poor batting. Poor shot selection as well… Someone who was in should have batted till the 16th over. It started with Virat that he got out at the wrong time playing a shocking shot. And then Glenn Maxwell again, when two balls were left in Sunil Narine’s spell, why would you play that shot? He could have targeted Shivam Mavi” said Gambhir.

Gambhir further said that the Virat Kohli-led side should have looked to get at least 150-155. As it turned out, they were 20 runs short of the par score.

“They should have looked to get 150-155… You need to have a better game plan on who do you want to target and when and what is the situation as well. Virat had to bat till the 16th over and had he got that 60-70, the have could have reached that total…”

Virat Kohli Should Have Looked To Attack: Sanjay Manjrekar

Sanjay Manjrekar also agreed to Gautam Gambhir’s points on the RCB skipper’s batting. Manjrekar said that Kohli should have taken the responsibility to go for the attacking shot s having got set on the wicket.

“The only point I want to make here is that… there was that partnership where we could see Bharat was struggling today. It wasn’t his day… but Virat was happy to still give him the single. You know, he was batting at 30 so I think he could have taken the onus on himself being the senior player and more qualified to handle quality spin but he kept taking the single and leaving on Bharat to expedite the runrate. And it was on the cards, I could see that wicket falling because young Bharat was feeling the pressure of getting that runrate up” said Manjrekar.

Sunil Narine meanwhile had a match to remember. He scored 26 off 15 after picking four wickets hitting three sixes of Dan Christian in the 18th over which turned the game for KKR.