Kolkata Knight Riders (KKR) beat Rajasthan Royals by 86 runs on Thursday to all but seal the fourth spot in the playoffs. In the process, they have eliminated the Royals along with Sunrisers Hyderabad, and Punjab Kings. Mumbai Indians who play SRH in their final league game have a difficult equation in front of them to get over tonight in Abu Dhabi.

Meanwhile, Eoin Morgan spoke about his team’s performance against the Royals and said that the team could not have played the game any better.

“I don’t think it could have got better. Losing the toss and batting was difficult. The start we got was fantastic. Gill and Iyer have been our shining light. To get 170 we thought was in a commanding position. A really strong performance today. Having aggressive players coming in in the middle order helped us kick.”

KKR scored 171/4 after being put into bat first on a slow Sharjah wicket. Shubman Gill scored his second fifty on the trot (56) as Kolkata scored over 100 runs in the last nine overs. With the ball, the Knights’ bowlers took early wickets as the Royals were bowled out for just 85. KKR, courtesy of their big win have now taken their net run-rate to +0.587 and have almost confirmed a spot in the playoffs.

The KKR skipper also gave an update on Andre Russell’s fitness. The big West Indian picked up a hamstring injury against CSK and since then have missed the last three matches.

We Are Taking It Day By Day: Eoin Morgan On Andre Russell’s Injury 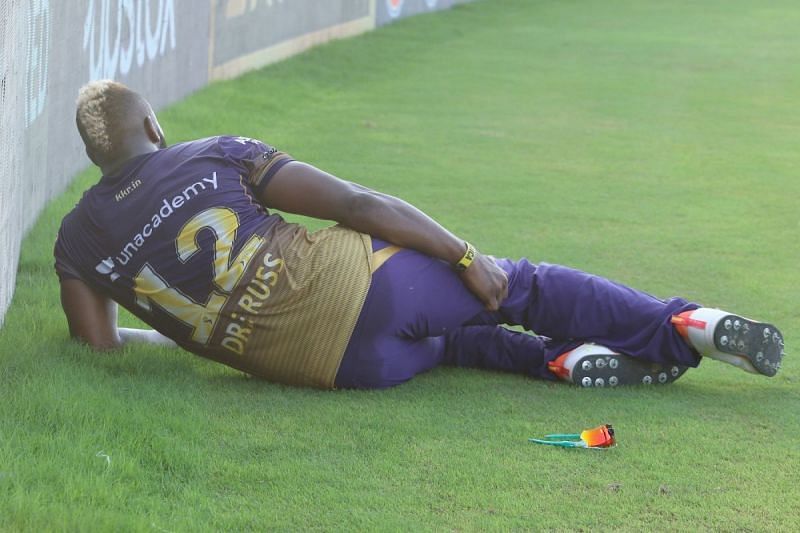 “We are taking it day by day [with Russell], so he’s working incredibly hard,” Eoin Morgan said on Russell’s injury.

Morgan also said that Shakib Al Hasan has seamlessly replaced Russell and fit into the scheme of things for KKR. He dismissed Yashasvi Jaiswal in the very first over of the Royals innings, to give a great start to his team.

“Shakib coming in and performing the way he has in the last two games has made replacing Andre Russell easier. He has contributed massively,” Eoin Morgan concluded.

KKR are likely to face either RCB in the Eliminator on October 11in Sharjah with Delhi Capitals confirming the top spot in the points table.