Chennai Super Kings and Mumbai Indians have reached UAE for the second half of IPL 2021 on August 13. The second phase of the tournament will be played between September 19 To October 15 in Abu Dhabi, Sharjah and Dubai. CSK are placed second in the points table at the moment while the five-time IPL champions Mumbai Indians on fourth. Suresh Raina will be available for CSK for the second season after playing the first half of IPL 2021.

Upon reaching the UAE, CSK southpaw Suresh Raina has shared the beautiful view from his hotel room. Both CSK and MI players will have to serve a mandatory six-day quarantine before they can start training and practicing for the upcoming tournament. The MI players are staying at the luxurious St. Regis Saadiyat Island Resort in Abu Dhabi. 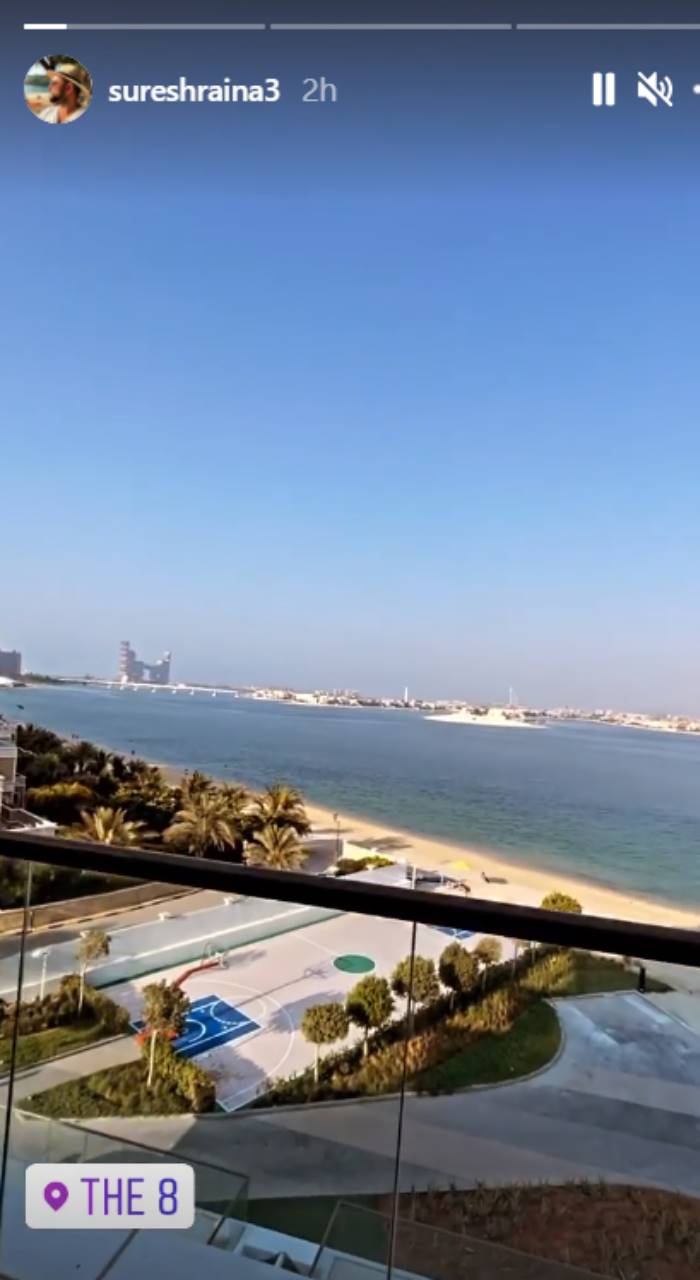 “The discussions went really well and with ECB already giving us the oral nod to host the event ahead of the BCCI SGM, it was about closing the deal over the last week. The first game after the season resumes will be held on September 19 while we will have the final on October 15. The BCCI was always keen on a 25-day window to finish the remaining matches,” a BCCI official was quoted as saying earlier in June.

31 games will be played across 27 days between September 19 to October 15 including the playoffs and the final.