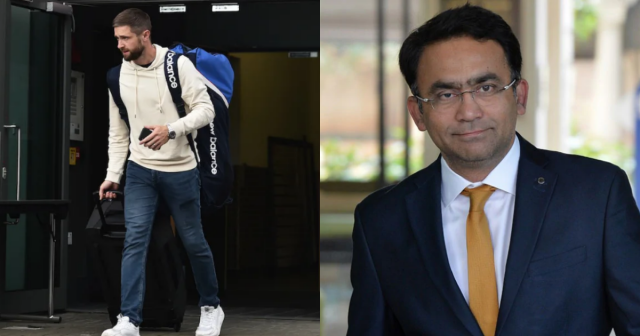 Since the Indian squad has expressed their discontent with being included in the fifth Test, which was ultimately cancelled, a lot of bullets have been launched at them. India was leading the series 2-1, with the final to be held in Manchester’s Old Trafford. However, later it was declared that the game has been cancelled due to the spread of COVID in the Indian camp.

Meanwhile, Jonny Bairstow, Dawid Malan, and Chris Woakes have opted not to play in the rest of the IPL 2021, which will be held in the United Arab Emirates.

Saba Karim was asked on India News if the ECB could have played a role in these players opting out of the IPL. The former India wicket-keeper refuted the assumption, pointing out that Eoin Morgan and other England players will be seen on the field during the UAE leg of IPL 2021.

“Whatever we hear or talk, these are all speculations. The England players opting out of the IPL is their personal decision. If that was the case, the England captain for the T20 World Cup, Eoin Morgan, why is he coming to play. A lot of other England players are also joining the IPL teams. So I don’t think this is the right thing,” Saba replied.

The explosive Caribbean is now a #Riser! 🧡

Sherfane Rutherford will replace Jonny Bairstow in our squad for the second phase of #IPL2021 #OrangeArmy #OrangeOrNothing pic.twitter.com/ypqqAl1Zyk

The teams have complained to the BCCI about the English players’ late exit. Sherfane Rutherford and Aiden Markram have already been signed as Jonny Bairstow and Dawid Malan’s replacements by the Sunrisers Hyderabad and Punjab Kings, respectively.

It won’t be fair to say that India would have won the Test series: Saba Karim

Saba believes that the last Test between India and England, which was postponed, should be rescheduled.The result of the series, according to him, can only be determined once the last match is played.

“It was such an important series and on top of that, the World Test Championship cycle has started. Separate points are given for every Test match. So, if you see from that angle as well, it is extremely necessary for the last Test to happen.The ideal thing will be, and I have full belief as well that the ICC will take a similar decision, that this Test match should be rescheduled. After that it will be decided who has won this series, it won’t be fair to say that India would have won the Test series,” Saba added.

The ECB has requested the ICC to make a decision on the cancelled Test as soon as possible. Sourav Ganguly is also expected to visit England and hopes to resolve the situation.