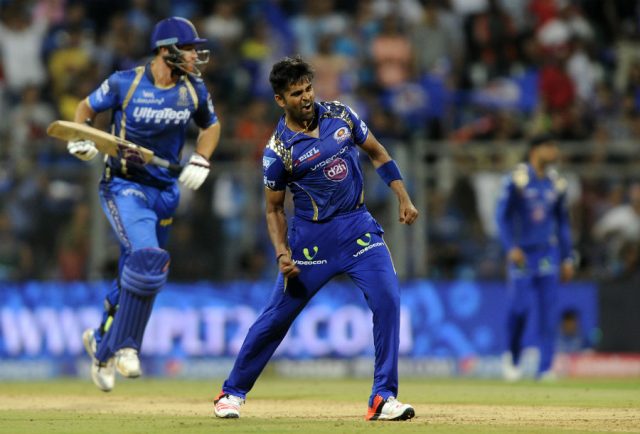 Former Indian cricketer Vinay Kumar has been appointed as the Talent scout of the five-time IPL champions Mumbai Indians franchise. The defending champions have done a decent job in picking raw talents and Kumar’s addition will only strengthen the group.

The Mumbai Indians took to Twitter to release an official statement announcing the news. They wrote:

“I am delighted to have Vinay join our talent scout programme. Mumbai Indians is established on strong fundamentals of discovering talent and belief in nurturing youth. I am confident Vinay will add value to our ideology and scouting strength.” said Mumbai Indias owner Aakash Ambani in their official statement.

“Mumbai Indians is established on strong fundamentals of discovering talent and belief in nurturing youth. I am confident Vinay will add value to our ideology and scouting strength." – Akash Ambani, Owner Mumbai Indians

Honoured by this opportunity: Vinay Kumar

Vinay Kumar was part of the Mumbai Indians squad as a fast bowler and won the 2015 and 2017 Indian Premier League Championship with the side. He will join the likes of Parthiv Patel as the Talent scout and will work closely with the Mumbai Indians management and the coaching staff.

“I am honoured for this opportunity to associate with Mumbai Indians again. Mumbai Indians strives for excellence in every aspect of the game, and scouting talents is undoubtedly their key strength. It’s a new chapter and personally, I reckon it as an opportunity for me to give back to cricket,” Vinay said.

Vinay Kumar made his India debut in the year 2010 against Sri Lanka has represented India in all three formats at the international level. He led the Karnataka team to two Ranji Trophy titles. The pacer has been a stalwart in domestic cricket, taking over 500 wickets in 139 matches at an average of 22.44. He announced his retirement from the sport in February this year.

Mumbai Indians will resume its Indian Premier League 2021 campaign on September 19 against the Chennai Super Kings at the Dubai International Stadium. They are fourth on the points table with four wins in seven games and a Net Run Rate of +0.062.