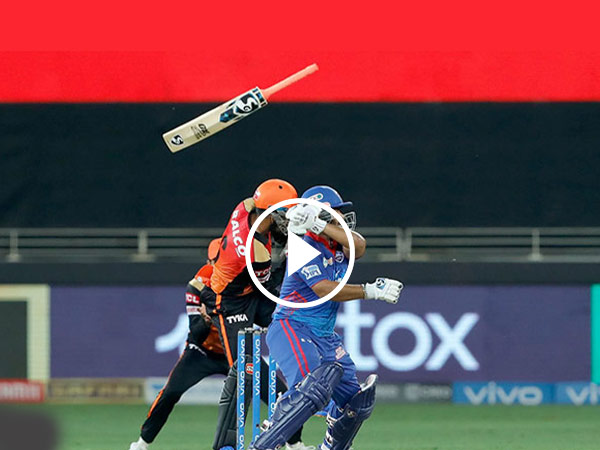 Rishabh Pant scored an unbeaten 35 as he helped his side Delhi Capitals beat SunrisersHyderabad and regain the top spot in the points table. Delhi are now on 14 points from nine games with a net run-rate of +0.613. Pant shared a 67-run stand with Shreyas Iyer (47*) who came back to form on his return to the side.

Meanwhile, in the 15th over of the Capitals chase, Rishabh Pant lost his bat trying to hit Rashid Khan out of the park for a six SRH wicketkeeper Wriddhiman Saha appelaled to the umpire as well for a caught behind but the umpire ruled the decision in favour of Pant.

Opposition skipper Kane Williamson picked up the bat and gave it back to Pant as it was the moment of the match. After taking his team to a win, Pant spoke about his team’s performance in this game and the way forward.

We Are Focusing On The Process: Rishabh Pant

“We discussed that we had a good first phase, and we are happy to start the second phase this way. I said the same thing about focusing on the process and giving it 100% every day. It’s a good bowling performance because we thought 150-160 would have been a good total, so 130-something was a good score to restrict them to. We have one of the quickest bowlers in the world so I think they’re great assets to have” said Pant.

Shikhar Dhawan, who was ruled out of the T20 World cup squad scored 42 runs and regained the Orange Cap from KL Rahul.

“I’m enjoying wearing the cap, I’m enjoying the way I’m timing the ball. Not very true, this surface, it stopped a bit, and we had to plan the game according to the wicket. So it was good to go out there and secure a win. I consciously made an effort to increase the tempo and strike-rate, because I wanted to be an impacful player for my side. It was just about the execution. Rabada and Nortje are our gun bowlers. Rabada always gets us the wicket. Nortje has great pace and his game has improved too, so they are troubling the batsmen. Absolutely enjoying being at the top of the table.”

Anrich Nortje for his spell of 2/12 was adjudged the Man of the Match. Delhi play their next game against Rajasthan Royals on Saturday, September 25.