Rajasthan Royals opener Yashasvi Jaiswal scored a 21-ball 50 that helped his side track down 190 required for victory. He added 71 for the first wicket with Evin Lewis (27 off 12)which laid the perfect platform for the chase. It was capped off by Shivam Dube who scored 64* off 42 balls along with some help from skipper Sanju Samson.

Jaiswal was getting starts but was failing to convert it into something substantial for his team. On a night when his team needed his runs, the southpaw scored a quickfire fifty and stamped his authority in the game.

After the game, he got his bat signed by MS Dhoni and also got his jersey signed by the CSK skipper. This goes as a memorable offering from the former Indian skipper which will go into his holdings.

What a moment meeting the legendary @msdhoni sir and greatly elated by getting his signature on my bat. Always an inspiration! 🙌🙏 pic.twitter.com/pWsoxsFNzj

“I was thinking about looking at the wicket first, but we were chasing 190, I knew the wicket must be good. I was just looking at capitalising on the loose balls and giving my team a good start so that we are able to chase 190,” Jaiswal told teammates Anuj Rawat and Shivam Dube in a video posted on iplt20.com. 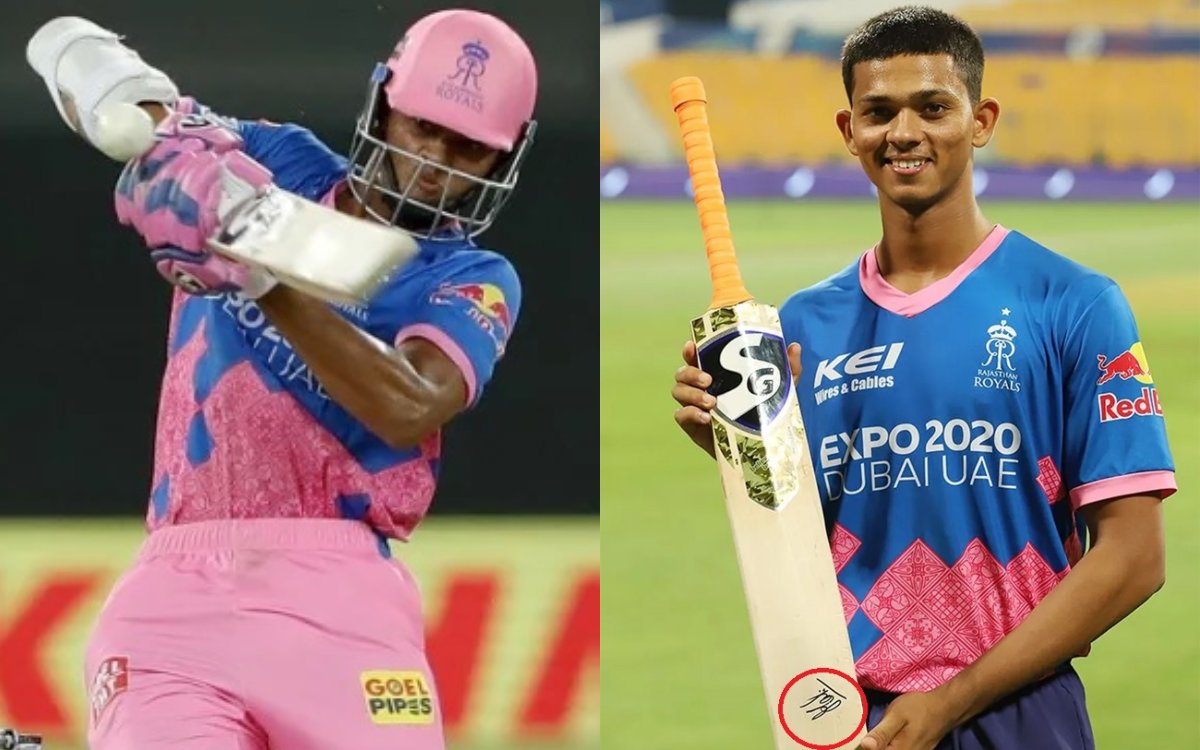 The win means that Rajasthan now have ten points from 12 matches and leapfrog Mumbai Indians to be at sixth place in the points table which has four teams at ten points. Rajasthan Royals will next square off against Mumbai Indians on Tuesday at the Sharjah Cricket Stadium.

“250 would’ve been closer to par (Warning: sarcasm), given the way they were going. It was stopping a bit when their wrist spinners were bowling, and it started coming on better later, that’s when Ruturaj capitalised really well. Often when you lose the game it can get brushed under the carpet but it was a brilliant innings. I think the batsmen must assess quickly what is a good score, and you tend to go hard in the T20 format and then realise that it’s not a 160-180 wicket. They assessed the conditions quickly, and they didn’t let pressure get to the middle order”  said Dhoni.

“I Would’ve Been Hurting But Those Came Off Kohli’s Bat” – Haris Rauf Reminisces...

“Not A White-Ball Cricketer” – Danish Kaneria Opens Up On Rishabh...

“I Would’ve Been Hurting But Those Came Off Kohli’s Bat” –...