Wicket-keeper batter Dinesh Karthik slammed the winning runs to register Royal Challengers Bangalore’s first win of the Indian Premier League 2022 on Wednesday. They defeated the Kolkata Knight Riders in a close encounter by three wickets at the DY Patil Stadium.

The Royal Challengers Bangalore skipper Faf Du Plessis termed Dinesh Karthik as ice-cool as MS Dhoni. Dinesh Karthik remained unbeaten on 14 runs off 7 balls, including a six and a boundary.

However, what surprised everyone was that the wicket-keeper came out to bat only when half the side was back in the hut. Explaining his decision to hold Karthik back in the batting order, Faf stated that they wanted to use his experience towards the end.

Speaking at the post-match presentation, Faf Du Plessis said, “Wanted that experience towards the end – cool, calm head. The runs were never really too far away from the balls remaining. If we kept wickets in hand, that was going to be key. Just to have that calmness coming in still towards the end, he’s probably as ice cool as MS Dhoni as you can get in the last five overs.”

That's that from Match 6 of #TATAIPL.

A nail-biter and @RCBTweets win by 3 wickets.

Would like it to win more convincingly, but a win is a win: Faf Du Plessis 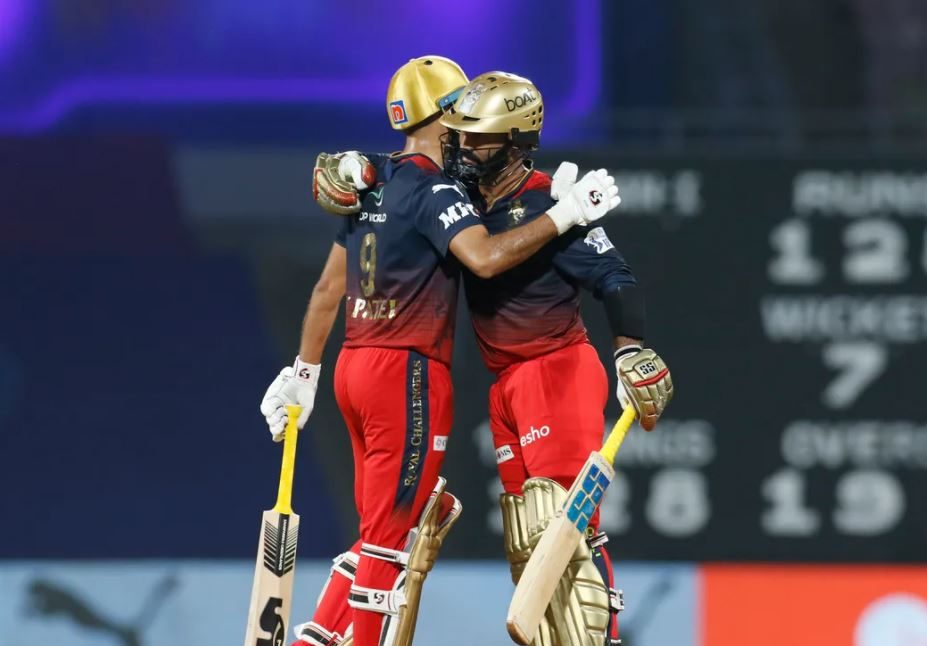 The Royal Challengers Bangalore skipper, Faf Du Plessis expressed that they would like to win more convincingly. Chasing 129, they were three down for 17 runs in the third over.

However, Sherfane Rutherford and David Willey, and then Shahbaz Ahmed scored crucial runs. The Royal Challengers Bangalore suffered another mini-collapse, before Dinesh Karthik and Harshal Patel took them over the line.

The Royal Challengers Bangalore have a short break before their next IPL 2022 match. They will play against the Rajasthan Royals on Tuesday, April 5 at the Wankhede Stadium.