The IPL 2022 which will be a 10-team event will be held in India as per BCCI Secretary Jay Shah. Chennai Super Kings won the IPL 2021 by beating Kolkata Knight Riders in the final. There will be a mega auction ahead of IPL 2022 with two new franchises being a part of the tournament.

The IPL was held in the UAE in 2020 and 2021 due to the COVID pandemic. The tournament had to be postponed due to rise in the number of cases during April-May. UAE then was chosen as the venue for the remainder of the IPL.

“I know you are all eagerly waiting to watch Chennai Super Kings play at Chepauk. The moment is not very far, the 15th season of the IPL will take place in India and it will be more exciting with new teams joining. We have a mega auction coming up to see what the new combination looks like,” said Jay Shah during an event here at Chennai.

IPL 2022 To Have Two New Franchises

MS Dhoni’s CSK won the title in 2021. It was their fourth IPL title. For the 2022 season, two new teams will be coming in with the franchisees based in Lucknow and Ahmedabad.

Meanwhile, MS Dhoni has given a big statement regarding his IPL future at the 75th anniversary of India Cements in Chennai.

Celebrating 75 years of nation building! The Passion of @TheIndiaCements and this bond is always 💛

“I will think about it, there is a lot of time, right now we are just in November. IPL 2022 will be played in April,” said Dhoni at an event in Chennai. 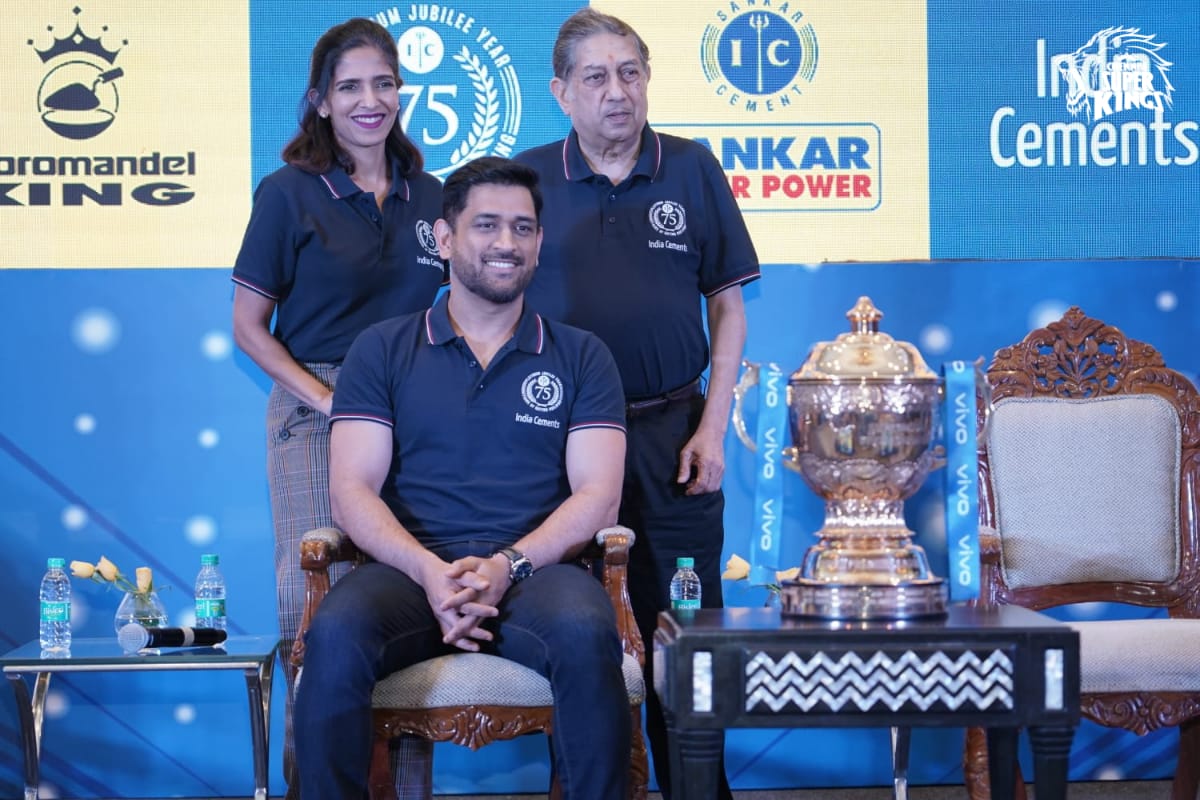 However, Dhoni spoke about not ending his legacy and hopefully coming back for another season of the IPL. He also said that he would dearly like to ennd his IPL career in Chennai.

“Again I`ve said it before, it depends on BCCI. With two new teams coming in, we have to decide what is good for CSK. It`s not about me being there in top-three or four. It`s about making a strong core to ensure the franchise doesn`t suffer. The core group, we have to have a hard look to see who can contribute for the next 10 years,” Dhoni told host broadcaster Star Sports at the post-match presentation.

MS Dhoni was recently involved with the Indian team as the mentor of the side during the ICC T20 World Cup in the UAE.