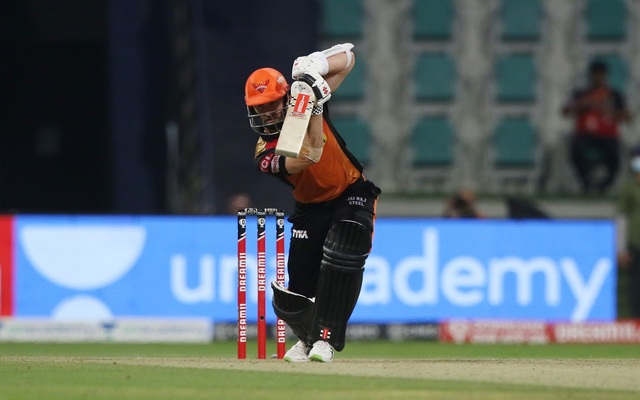 The Sunrisers Hyderabad have rattled the Royal Challengers Bangalore’s hopes of winning the final as the wait extends to more than 13 years. All thanks to Kane Williamson’s unbeaten fifty Sunrisers Hyderabad will now meet Delhi Capitals in the second qualifier on Sunday.

It all started at the toss when David Warner the Sunrisers Hyderabad skipper won the toss and put Virat Kohli’s to bat first at Abu Dhabi. The Royal Challengers Bangalore made as many as four changes as they went in with four spinners in the side. Sunrisers Hyderabad on the other hand made just one change to the side as Wriddhiman Saha was out with an injury which is why Shreevats Goswami was brought into the side.

RCB’s Wait For the Trophy Continues

Batting first the Royal Challengers Bangalore were off to an unusual start as Virat Kohli who decided to open the innings in place of Finch was dismissed in the very second over of the match by Jason Holder. In the follow-up, RCB lost back to back wickets in the form of Padikkal and Finch. It all seemed like RCB are in a spot of bother that too in an all-important eliminator. It was AB de Villiers who then came to their rescue as he notched up 56 runs taking them to a pretty average total of 131.

In the chase, Sunrisers Hyderabad openers Goswami and Warner were dismissed early on in the innings. Manish Pandey at three and Kane Williamson tried to stabilise the innings as they looked to put up a partnership but Pandey was soon dismissed after a quickfire 24. It was then down to Jason Holder and Williamson who put up a 65 run partnership helping Sunrisers Hyderabad knock Royal Challengers Bangalore out of finals race.

It Was Never Going To Be Easy Against RCB: Kane Williamson

The man of the match of today’s match between Sunrisers Hyderabad and Royal Challengers Bangalore was Kane Williamson for his unbeaten 50 run-knock. At the post-match presentation, Kane Williamson said it was never going to easy against a side like RCB who have done so well in this tournament.

He further added how it was a challenge to restrict them to such a low total given the kind of batting line up they have.

“Look it was a tough game. It was never going to be easy against a class side like RCB. The surface was a little tricky and chasing anything on it wasn’t easy. It was a challenge for us to restrict them to that kind of a total. They also had two world-class spinners. We did well to go through their spells without losing too many wickets,” Kane Williamson said at the end of the game.