Team India head coach Rahul Dravid said that Test teams all over the world are now more result-driven considering the ICC World Test Championship (WTC) as well. With WTC points at stake, he said that the teams have taken an aggressive approach in their game as well. However, he still feels that Test cricket is not only playing with aggressive cricket but is also a test of how players adapt to the conditions due to the changing nature of the pitch over five days as well.

Speaking to Sony Sports Network and BCCI, Rahul Dravid said: “Teams have already been a lot more aggressive. Teams are playing for results a lot more now, especially with the World Test Championship points at stake. I still think adaptability is gonna be the most important thing in Test cricket. That ability to play aggressively when you need to. The opportunity to be able to play a difficult period or day of Test cricket either with the bat or ball and knuckle down and play some tough hard cricket as well.” 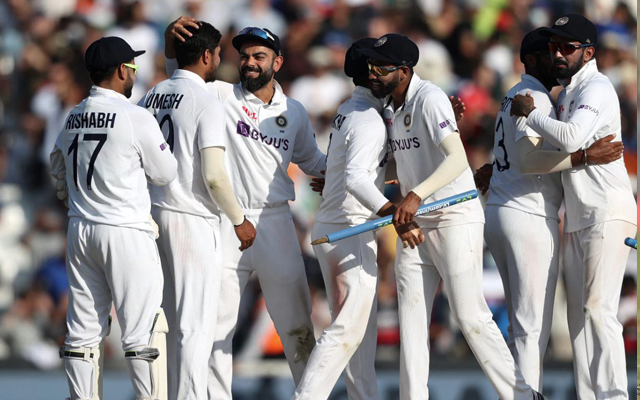 Rahul Dravid, meanwhile, said that Team India should take it one step at a time to be in the top-two teams in the WTC points table as well. He also said that the team needs to first win the ongoing opening Test against Bangladesh and then win the Test series as well. He also opined on the significance of the upcoming four-match Test series against Australia in February-March as well.

“It’s one step at a time. We got to win this one first and then go to Dhaka and try and replicate that. We know that we have got a challenge on our hands. We know we got to win a majority of our games in the World Test Championship, but we aren’t gonna get there if we don’t take the first steps well. So, we have got to focus on this one then and see what we have to do in the series against Australia,” Rahul Dravid concluded.

However, with six wins in 12 Tests (including two draws), Team India are right now in fourth place in the WTC points table. The Australian team is currently at the top of the points table, having won eight out of ­12 games, followed by South Africa and Sri Lanka in the second and third places, respectively as well.